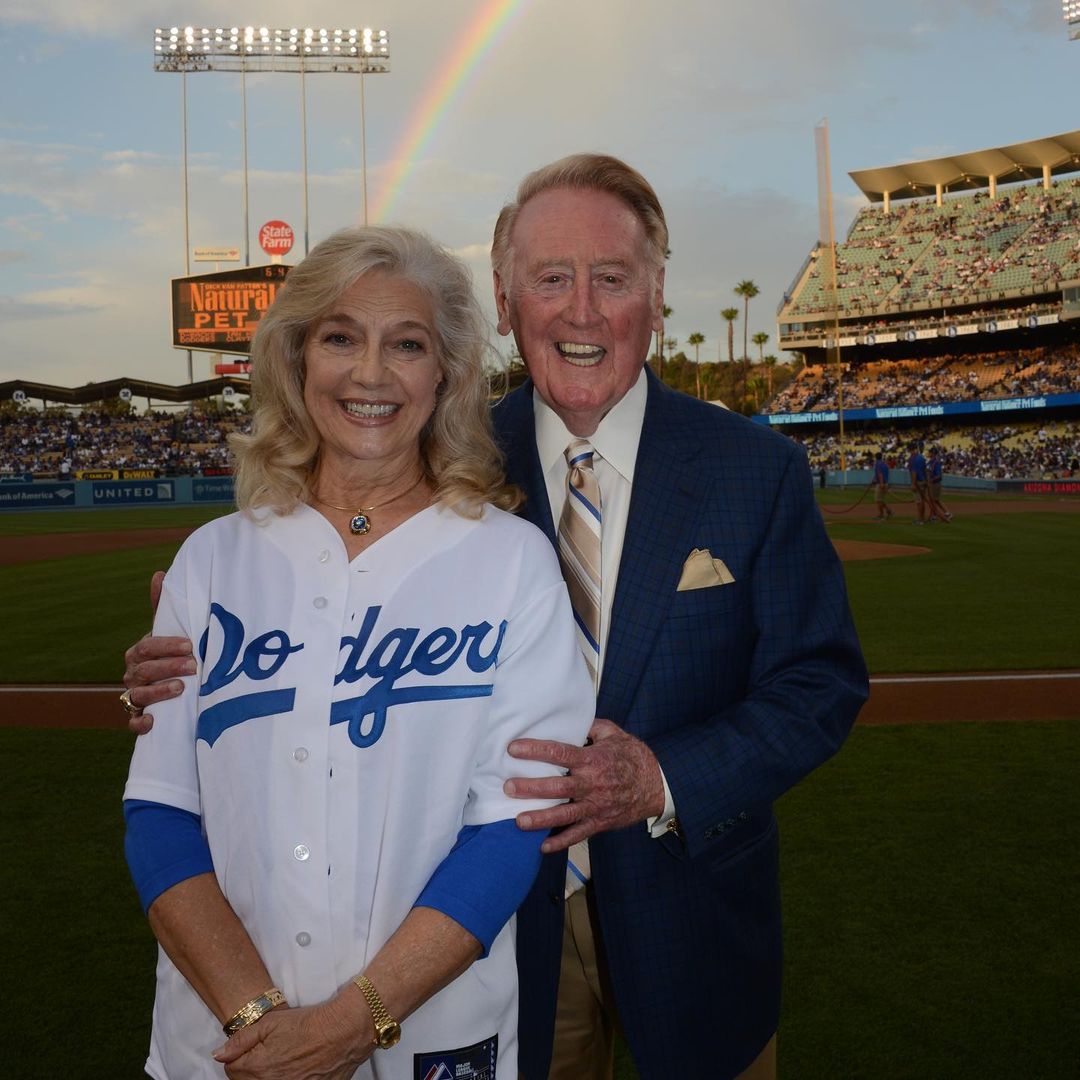 According to the Dodgers, Sandra Scully, 76, died Sunday evening at Ronald Reagan UCLA Medical Center due to complications of the neuromuscular disease ALS, from which she suffered for several years.

“Sandra leaves behind her beloved husband Vin and a large family who loved her dearly,” according to the Dodgers. “Sandra was the loving mother to Catherine, Kelly, Erin, Todd, Kevin and Michael and grandmother to 21 grandchildren and six great-grandchildren. The family appreciates everyone’s thoughts and prayers, however, they request privacy at this time.”

According to the team, donations in Sandra Scully’s memory can be made to the Department of Neuromuscular Disease at UCLA.

Vin Scully spent 67 seasons as the Dodgers’ broadcaster, retiring after the 2016 season.