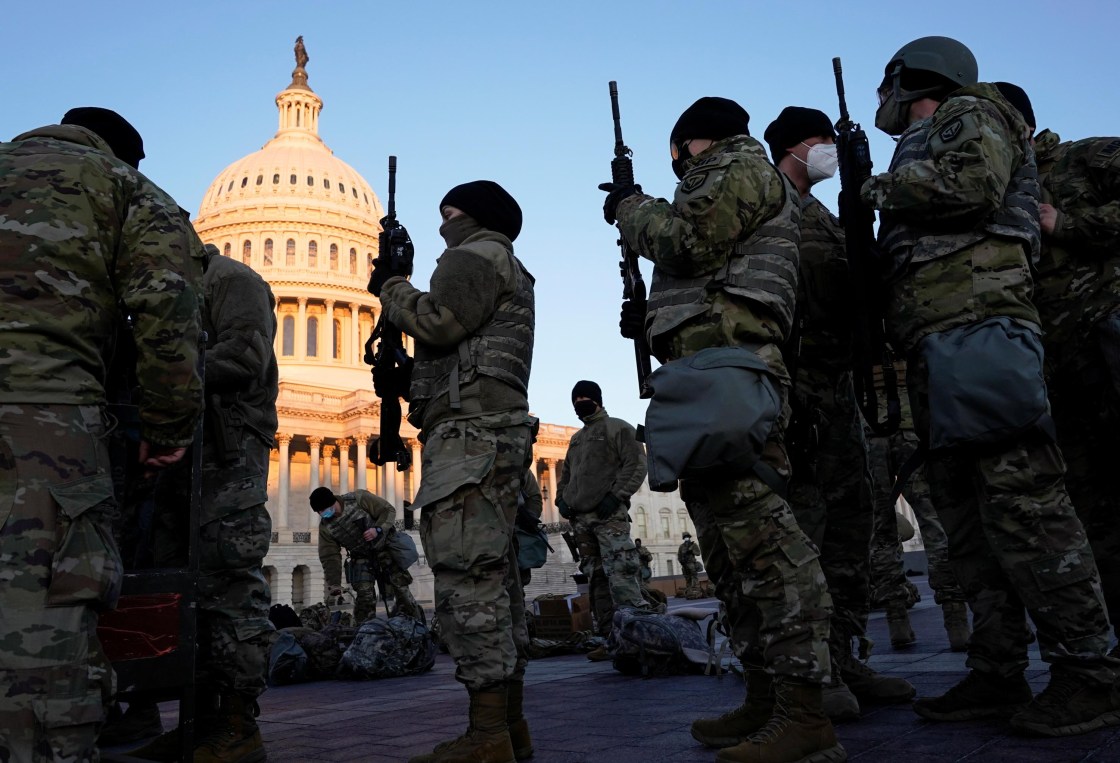 (CNN) — More than 20,000 National Guard members could be in the nation’s capital to help secure President-elect Joe Biden’s inauguration, Washington, DC, Police Chief Robert Contee said Wednesday, as sources tell CNN that officials are considering raising the terrorism threat level and are worried about explosives being used in the capital city.

Contee’s announcement came as the US Secret Service on Wednesday officially took charge of security for Biden’s inauguration as authorities warn of new threats across the country and unfold a massive security presence in Washington after last week’s violence at the US Capitol.

Multiple defense officials have told CNN that the National Guard and law enforcement expect improvised explosive devices (IEDs), like pipe bombs and Molotov cocktails, to be a threat in the unrest surrounding the inauguration in Washington. The planning is to assume perpetrators will come with high “aggression,” one senior defense official said.

“Their intentions are very serious,” the official added.

The physical security perimeter around the Capitol and other key buildings also continues to expand. Road blocks and steel barriers are extending many blocks from the Capitol. Road blocks are also being set up further out from the White House and the National Naval Observatory, where the vice president lives.

The Secret Service is leading the overall security effort working in coordination with federal law enforcement agencies and the Pentagon. Multiple senior defense officials told CNN that there is a major interagency “requirements” meeting Wednesday to discuss in depth security requirements.

Asked if he’s ever seen this much law enforcement reinforcement coming to the District, the newly installed Chief Contee, who is a veteran of the Metropolitan Police Department and a lifelong DC resident, answered, “not at this level, no.”