Bonita Fire Holding at 715 Acres as Containment Increases to 40% 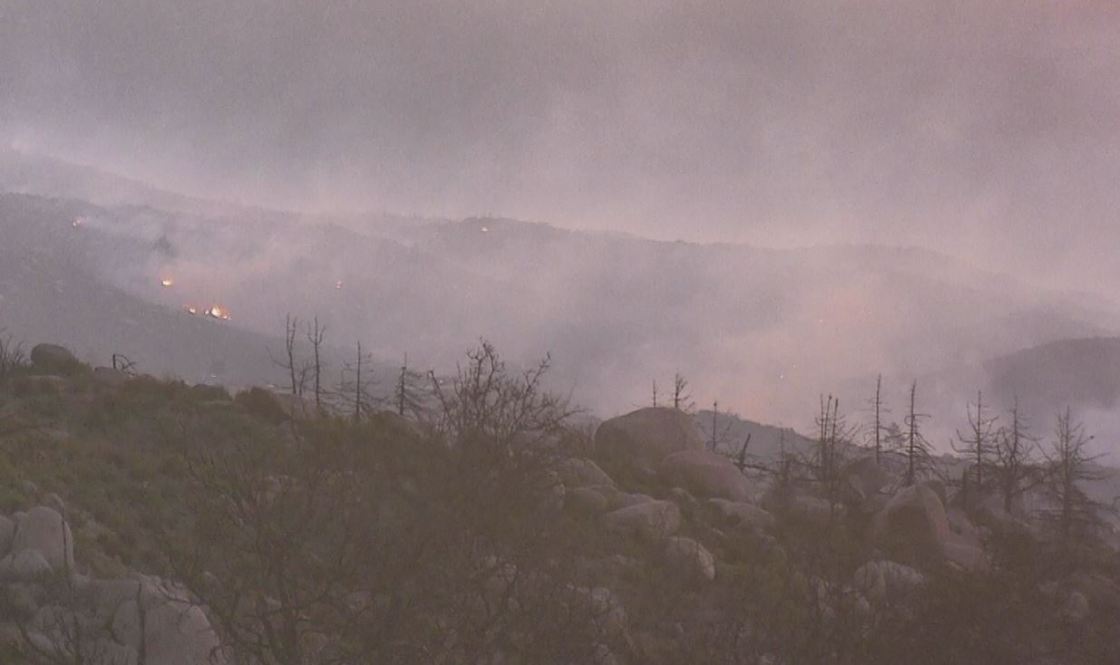 MOUNTAIN CENTER (CNS) – More than 200 firefighters held a brush fire burning near Mountain Center at 715 acres Monday and were working to clear more vegetation around it.

Early Monday, the Bonita Fire was at 40% containment and fire activity was described as minimal, with any flare-ups in unburned chaparral and brush within the burned area, according to U.S. Forest Service officials.

“Despite the dry and windy conditions, extreme fire weather and challenging terrain, firefighters have made great progress,” officials said in a written statement.

The non-injury fire was first reported about 1:15 a.m. Friday in the 28000 block of Bonita Vista Road, a mile east of the junction for Highways 74 and 243, according to the Riverside County Fire Department.

Easterly winds pushed the flames southwest, threatening the lightly populated community of Mountain Center, and evacuation orders were issued for all residents. The orders had been rescinded by 6 p.m. Friday.

The California Highway Patrol had closed Highway 74 between Lake Hemet and the 74/243 interchange, as well as the 243 between Saunders Meadow Road and the interchange. All road closures were also lifted at 6 p.m. Friday.

Two water-dropping helicopters had been assigned to make runs on the fire.

There were 233 firefighters assigned to the blaze, fire officials said.

This article has been updated with new information