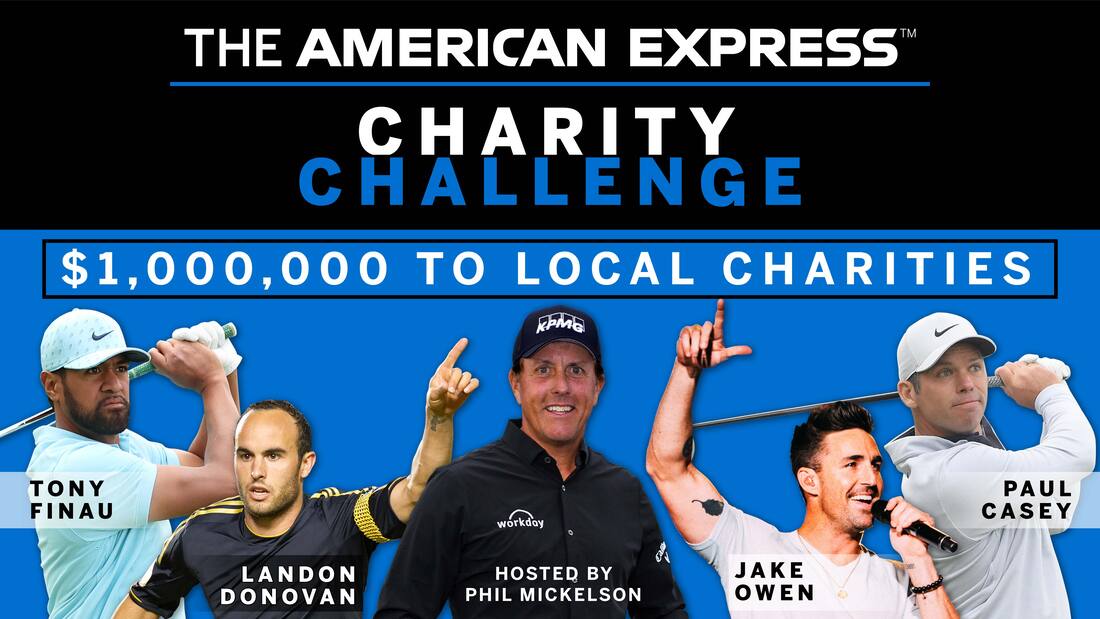 Finau has his own foundation, the Tony Finau Foundation, where he focuses on developing young kids through the game of golf. Finau was excited to be apart of the AMEX Charity Challenge and hopes to impact the local community.

“It’s gonna be fun to play for it but it’s gonna even better to see the physical evidence that comes from participating in something like this. I’ll be playing in this tournament for many years I love being here and again the impact, I hope that we make through these charitable donations is gonna be, a big one and very helpful in this community.”

Phil Mickelson is the host of the AMEX golf tournament, and since there was no pro-am this year due to COVID-19, Mickelson was grateful to still give back to the Coachella Valley through the AMEX Charity Challenge.

The winners of today’s challenge were Paul Casey and Jake Owen, and they raised $660,000 for local health and wellness charities. Tony Finau and Landon Donovan raised $340,000 for youth development and education charities. 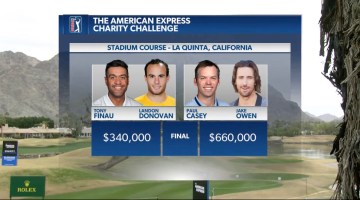 Round one action of the American Express golf tournament begins tomorrow at 9 am on the Golf channel. NBC Palm Springs will be out at PGA West all weekend long covering this tournament, check back for updates.