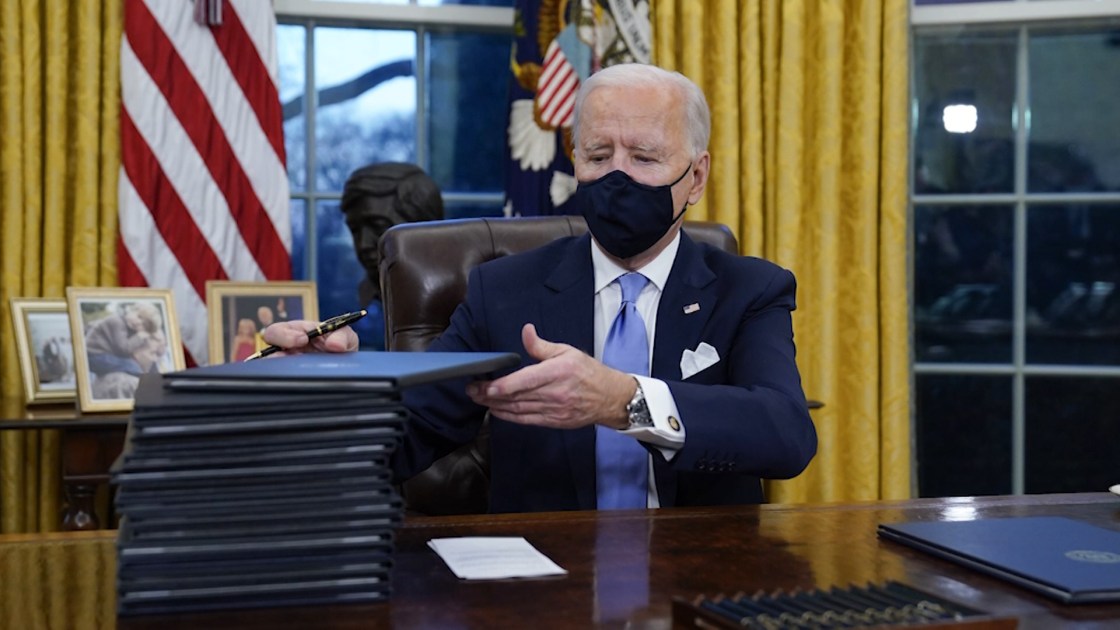 A bronze bust sculpture of civil rights and farm labor leader Cesar Chavez now sits in the oval office. NBC Palm Springs has reaction on what this symbolizes for many in the Coachella Valley, a place where Chavez visited frequently.

Sculpted 25 years ago by artist Paul Suarez, this bust of Cesar Chavez now sits in a place of honor right behind the resolute desk in the oval office.

“A very symbolic American hero who fought for the right of farmworkers, a civil rights leader who now sits on our shoulder of the 46th president of the united states,” said Assemblyman Eduardo Garcia.

We spoke to Paul Chavez, one of Cesar Chavez’s 8 children, he knew the bust was going to be in the White House, he just didn’t know where.

“We had talked to the white house and we had agreed to loan them that bust. but we didn’t know where it was going to be positioned, and as we watched the news yesterday, when we saw the president in the oval office signing the executive orders and we caught wind of where it was located, we were excited and we were surprised,” said Paul Chavez, President of the Cesar Chavez Foundation.

Every president chooses the art they want to be displayed in the White House, and who they want to honor is often a symbol of the leaders they want to emulate.

We spoke to local elected officials who tell us seeing that bust of Cesar Chavez is a good sign that President Biden will fight for the rights of immigrants and farmworkers.

“It’s just a huge contrast to what we had to endure for the last four years when it comes to the politics of people who have contributed to this country,” added Garcia.

Seeing that bust also brings memories flooding back to Clementina, she marched with Chavez through the streets of The Coachella Valley and beyond.

Si Se Puede, a motto that of The United Farm Workers of America that The Chavez Foundation hopes will live on because there’s still so much work to do

“I hope people when they look at it that they see their grandparents, and their Grandfathers and their Tias and their Tios, and all of those people who have struggled for so many years to bring value to this country, that they view this and they accept it with an understanding that they are represented in that bronze sculpture,” said Chavez.