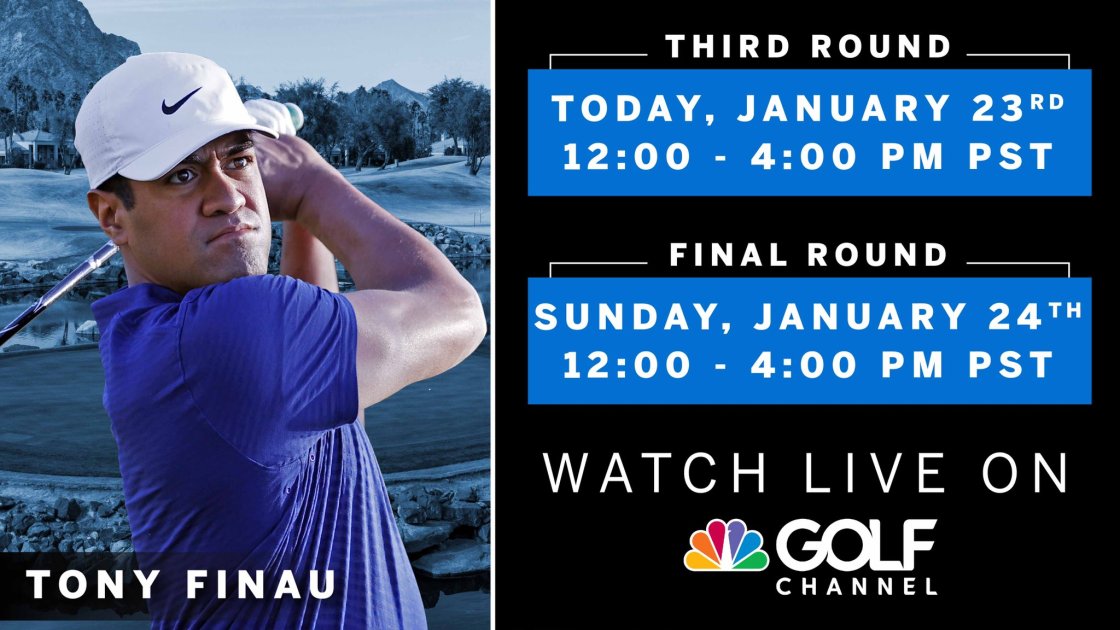 Max Homa, Si Woo Kim, and Tony Finau have all tied for first shooting 15 under par after round three action today over at PGA West. All golfers played on the stadium course today. In just this round, Homa shot -7 in 65 strokes, which is a big comeback from round two, where he shot at -2 during the round.

“This is exactly like where I play at home. In Scottsdale, it’s just like TPC Scottsdale which are the courses I play it. So it feels comfortable to have the same coloring, it’s got the same types of kind of subtle slopes.”

On and off the course, @MaxHoma23 just wants to be a happy dude. pic.twitter.com/pc9s4vj9H7

Si Woo Kim stays among the top leaders at American Express, in round two Kim finished tied for second and today, he shot at five under par during round three in 67 strokes which now puts him tied for first.

Tony Finau is gunning for that top spot, today he also shot five under par on the round in 67 strokes. Finau is a strong golfer, but he has not won on the tour since 2016 at the Puerto Rico open.

“It takes a lot of patience, you know, but I’ve taught myself how to stay patient. I feel like in these tough moments, there’s a lot of golf ahead, especially after my first hole, that I knew I was playing well. You know, I had a feeling I was you know, gonna string off some birdies. I just had to stay patient with myself and I was able to do that. But it is tough, I think it’s something that comes with some experience and just understanding the situation.” 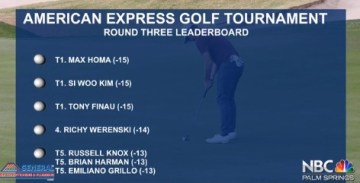 The final round of the American Express starts on Sunday at 9 AM on the Golf Channel.