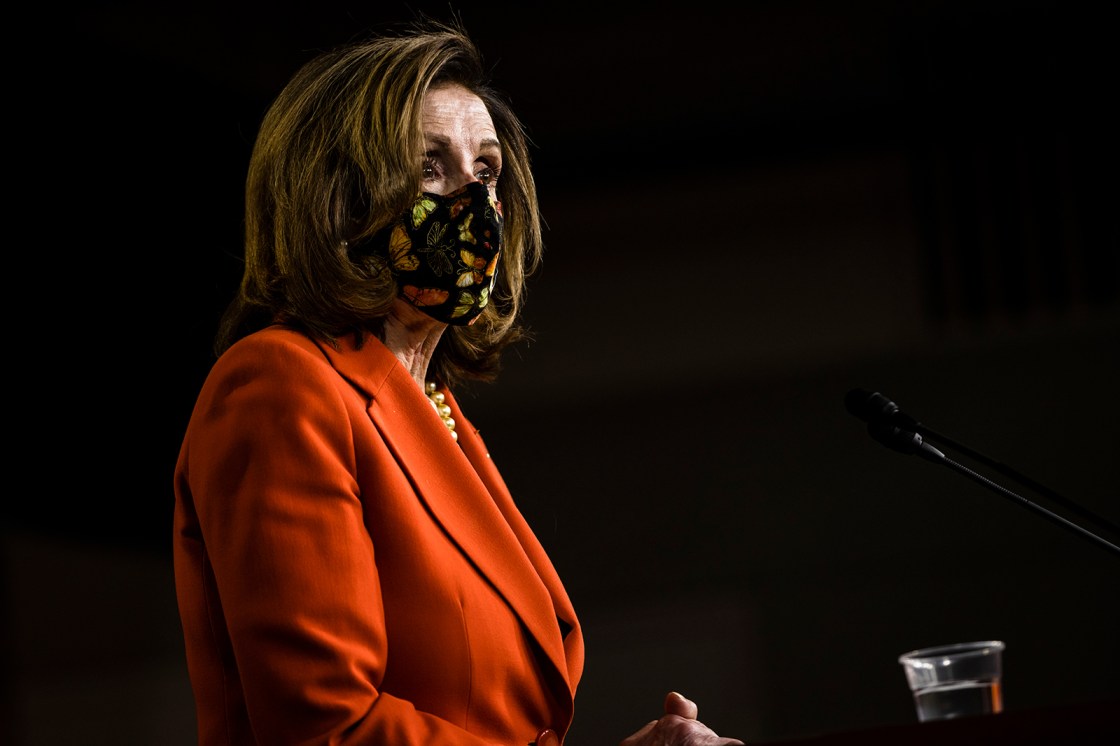 The House impeachment managers formally triggered the start of former President Donald Trump’s second impeachment trial Monday evening after they walked across the Capitol and read on the Senate floor the charge against Trump, the first president in history to be impeached twice.

The contours of Trump’s Senate trial are starting to take shape as the ceremonial elements get underway, with the Senate’s longest-serving Democrat expected to preside over the trial and Democrats still weighing whether to pursue witnesses during proceedings that could take up a chunk of February.

Chief Justice John Roberts will not be presiding like he did for Trump’s first impeachment trial, according to two sources familiar with the matter. Instead, Sen. Patrick Leahy, the president pro tempore of the Senate, is expected to preside, the sources said. The Constitution says the chief justice presides when the person facing trial is the current president of the United States, but senators preside in other cases, one source said.

As the fourth Senate impeachment trial of a president in US history gets underway, there are still two big looming questions over the Democrats’ impeachment case: Whether they will seek witnesses and how long the trial will take. The answers to both are still not known yet, according to multiple sources familiar with the matter.

But if the House impeachment managers seek witnesses, they want prospective witnesses to be cooperative, rather than threaten to fight in court over executive privilege, a snag that hampered Democrats’ efforts to seek witnesses the first time around.

Senate Majority Leader Chuck Schumer did not answer Monday whether he was open to having witnesses appear as part of Trump’s impeachment trial, saying that “hopefully” Democrats would be able to negotiate with Republican Leader Mitch McConnell on the structure of proceedings.

“We’ll see what happens. We don’t know what the requests are on either side yet, of the managers or the defense,” the New York Democrat said.

The exact time frame of the trial itself, which will begin the week of February 8, is also unknown, but multiple impeachment managers have said they don’t think it will go as long as the 21 days of Trump’s trial in 2020. The expectation is still, however, that it will take up much of February and wrap up by month’s end, if not sooner.

The House’s transmission of the single impeachment article is the first of several ceremonial functions of the trial that will be completed this week, before the Senate will turn back to confirming President Joe Biden’s Cabinet and potentially taking up the President’s Covid-19 relief package.

The likelihood that Leahy will oversee the trial has raised questions about whether he will also be eligible to vote, but constitutional experts say that nothing would stop him from doing so.

“He’s a sitting senator, he still gets to vote. Nothing in the Constitution would preclude him from voting,” said Frank Bowman, a University of Missouri law professor who has written extensively about impeachment.

Leahy told reporters Monday that he’s “up to the responsibility” of presiding, and his role will be to make sure “the procedures are followed.”

“I’m not presenting the evidence, I’m making sure the procedures are followed,” Leahy said when asked about being a frequent critic of the former President. “I don’t think there’s any senator who over the 40-plus years I’ve been here would say I’m anything but impartial in ruling on procedure.”

The Vermont Democrat declined to say when the decision was made that he would preside over the Senate trial. Asked Monday if Roberts had turned down an invitation to preside, Leahy said: “You can ask the chief justice that.”

Senators to be sworn in Tuesday

The scheduling leading up to the trial’s arguments was resolved Friday after a week’s worth of uncertainty over when House Speaker Nancy Pelosi would send the article to the Senate, thanks to a deal reached between Senate leaders.

Under the agreement, Trump’s legal team and the House managers will have two weeks to exchange pre-trial briefs after the article is transmitted to the Senate on Monday.

The House impeachment managers will walk the article from the House to the Senate on Monday evening, and Rep. Jamie Raskin of Maryland, the lead impeachment manager, will read the article on the floor. On Tuesday, senators will be sworn in for the trial as jurors. Then there will be a two-week period for pre-trial briefs, and the trial itself will get underway the week of February 8.

The deal gives something both the Senate Majority Leader Chuck Schumer and Senate Minority Leader Mitch McConnell, who are still at odds over a power-sharing agreement in the 50-50 Senate. The schedule gives Trump’s legal team time to prepare for the trial, after he only hired a lawyer, South Carolinian Butch Bowers, last week.

For Schumer and the Biden administration, the two-week break allows for more of Biden’s Cabinet to be confirmed, as all other Senate business will stop once the trial gets underway, after Republicans rejected agreeing to split the Senate’s days.

Republicans increasingly believe there’s virtually no path to Trump’s conviction in the Senate, which would require 17 GOP members to join with Democrats for a two-thirds vote. They’ve argued both that the trial itself is unconstitutional because Trump is no longer President — legal scholars disagree, though there’s no precedent — and that pushing forward with impeachment now is divisive.

But Democrats argue there has to be accountability for the President after he incited the rioters who ransacked the Capitol on January 6 in an effort to stop Congress from enacting a peaceful transfer of power.

“It was a dual attack on our capitol in a joint session of congress on the very day we were completing our constitutional obligation to certify the electors,” said Rep. Madeleine Dean of Pennsylvania, one of the nine Democratic House impeachment managers. “It is an extraordinarily heinous presidential crime, and we must move forward.”

Ten House Republicans voted to impeach Trump when the House voted earlier this month to convict him on a single article, incitement of insurrection. A handful of Senate Republicans are likely to vote to convict him, too, even if it’s short of the number required to convict him and bar him from running for office again.

Sen. Mitt Romney of Utah, the only Republican who voted to convict Trump in the first impeachment trial, said on CNN’s “State of the Union” Sunday that it was “pretty clear” that holding the trial was constitutional, pushing back on the argument coming from some of his Senate GOP colleagues that would give them a reason to acquit Trump.

“I believe that what is being alleged and what we saw, which is incitement to insurrection, is an impeachable offense. If not, what is?” Romney said of Trump’s actions inciting the pro-Trump mob that attacked the Capitol.