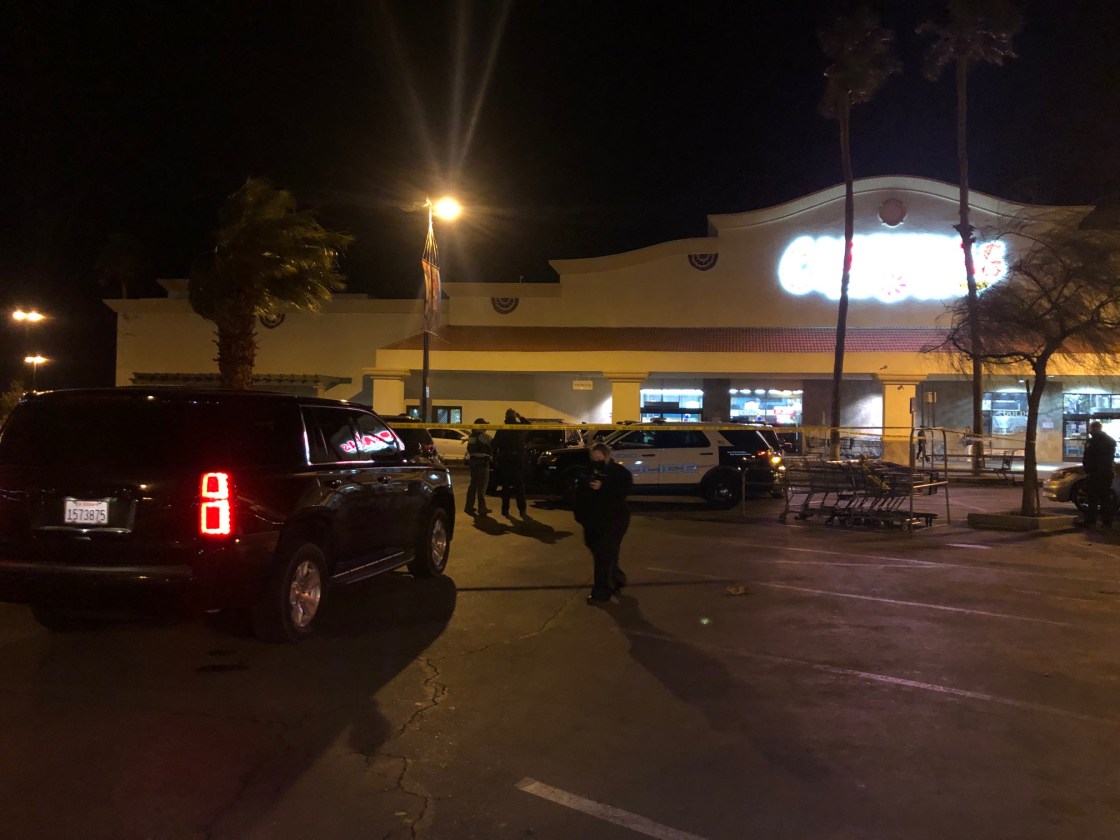 Indio police Monday sought witnesses who may have video or other information connected to the in-custody death of a man arrested for disorderly conduct at a grocery store.

The 41-year-old detainee, whose identity has not been released, died late Friday afternoon, shortly after he was taken into custody by Indio police officers outside Cardenas Market at 82266 Highway 111, according to the Indio Police Department.

Indio police spokesman Ben Guitron said officers were called about 4:40 p.m. Friday after the suspect had gone into more than one business, “exhibiting bizarre behavior and throwing things.”

Officers encountered the man in the market’s parking lot and immediately detected that he was “agitated and upset,” possibly under the influence of drugs, according to Guitron.

“The officers attempted to calm the man down and de-escalate the incident, but the man remained combative,” Guitron said. “During the encounter, officers attempted to physically restrain the man, and he began spitting on officers. Due to health and safety concerns, a mesh spit mask was placed on the subject.”

Moments later, the detainee collapsed unconscious, prompting officers to initiate CPR. Paramedics were summoned, and they also attempted life-saving measures, but the man died at the scene, police said.

More than one witness may have recorded the events on their mobile phones, and detectives were asking those parties, as well as anyone else who may have observed the man’s activity, to contact sheriff’s Investigator Nelson Gomez at 951-955-2777, or Indio police Detective Jesse Marin at 760-559-2408.