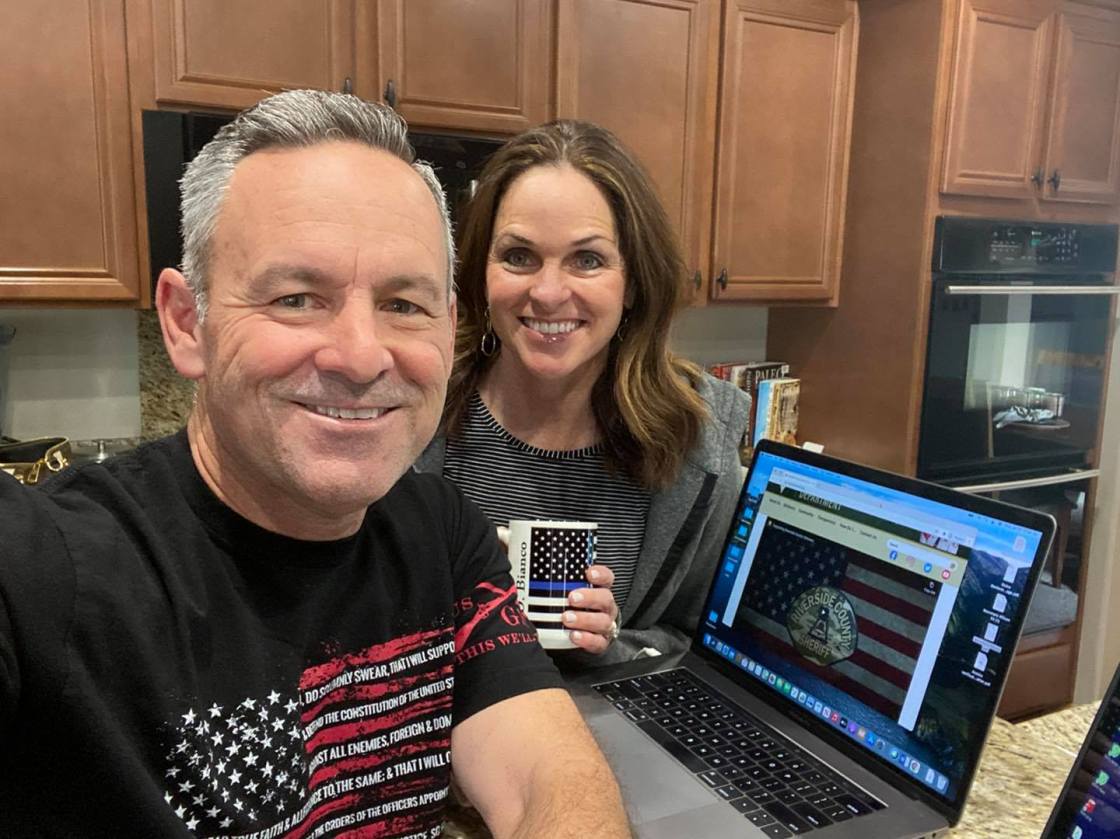 “The virus made its way through the entire Bianco family,” the sheriff said in a post on his public Facebook page. “Everyone recovered after light symptoms. I held off the longest and wouldn’t have known other than I lost my sense of smell and taste.”

According to the sheriff, he’s been drinking a lot of “hot lemon water” in place of his usual coffee as part of a dietary change brought on by the virus.

“Denise (wife) is taking care of me, and her cooking has been perfect,” Bianco said.

The sheriff did not say exactly when he was diagnosed.

Last spring, dozens of deputies, mostly in correctional operations, had the virus and were quarantined. Two longtime deputies, both in their 50s, died in April from complications stemming from COVID-19, according to the sheriff.

“I am working from home while abiding by the recommended quarantine,” the 53-year-old career lawman and Riverside resident said.

Bianco didn’t specify when he intended to return to his office at the sheriff’s headquarters in downtown Riverside.