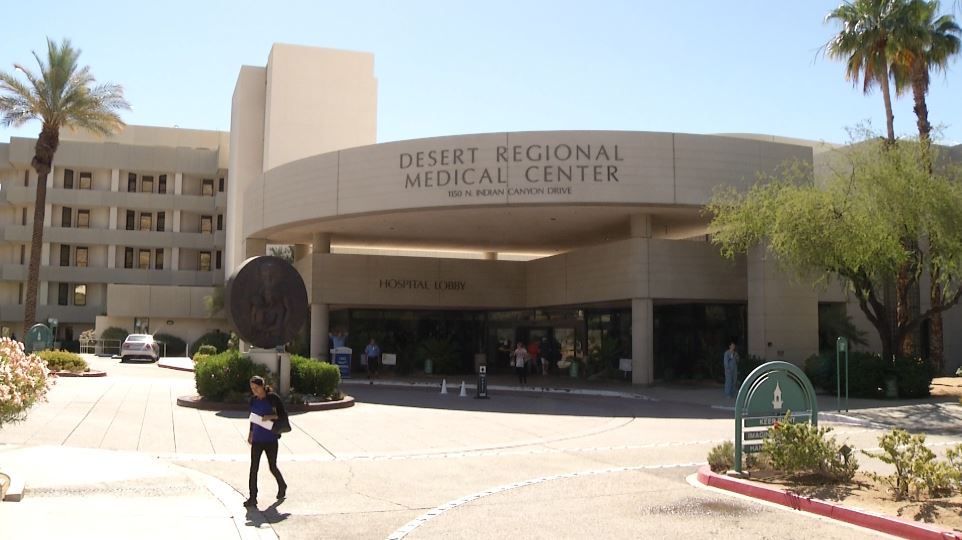 When NBC Palm Springs news achor, Gino LaMont tested positive for COVID he was not surprised but he was afraid, especially for his family. His wife also tested positive.

“Twenty five million Americans has tested positive so the idea that I would too is not outrageous. I think it’s the uncertainty because the reaction is everything from it’s like the flu to death, it was the not knowing the uncertainty is the scary part,” says LaMont.

But he took action and was willing to try new treatments including monoclonal antibodies.

“In my opinion try anything that you know gives you a shot that the doctors say is okay,” says LaMont, stressing that as long as the medication or treatment are cleared by the FDA to treat the virus and approved by your doctor.

Monoclonal antibodies have been approved by the FDA under their Emergency Use Authorization.

He and his wife went to Desert Regional Medical Center, after their doctor recommended they try the underused treatment.

DRMC now has an infusion center where they administer the two hour intravenous infusion.

Dr. Timothy Tyler, Director of Pharmacy, Lab who manages the program says this treatment is a powerful tool in their continued fight against the virus, “What we’re doing is trying to give the immune system a leg up so that the immune system is better equipped to fight an  active viral infection.”

He says the these antibodies are cloned versions of normal antibodies that have proven more effective in fighting off the virus and they go to work immediately and stay in the body close to a month. And while they’ve only been doing the treatment at DRMC for two weeks he says studies other facilities have done show promise in saving lives and increasing hospital capacity.

He says the treatment is free, almost anyone qualifies but it must be administered as early as possible, no longer than ten days from a positive test and you must have mild to moderate symptoms.

“They also can’t have an active infection like pneumonia, fungal infection, various systemic system wide body infection that has actually has some bad things so you want to make sure your doctor is screening for all of that,” says Tyler.

Forty-eight hours after the treatment, Gino says he’s feeling a little better everyday but his wife who got hit harder is seeing some progress too, “And she says she’s just today feeling better … so how much of it is the treatment I don’t know, I think most of the doctors will tell you that the addition of the antibodies does help in the fight, so maybe we won’t get worse get worse because of it, at least that’s the hope.”

And hope is a side effect Tyler sees at the center in patients who are grateful they don’t have to go it alone.

“They’ve had colleagues or friends or even family that have not done well with COVID, some have succumbed, and so they’re wide-eyed and kind of scared so they’re so grateful to get the treatment,” says Tyler.

They do not accept walk ins, the treatment is given by appointment only. The patient must have a doctor referral and positive test.