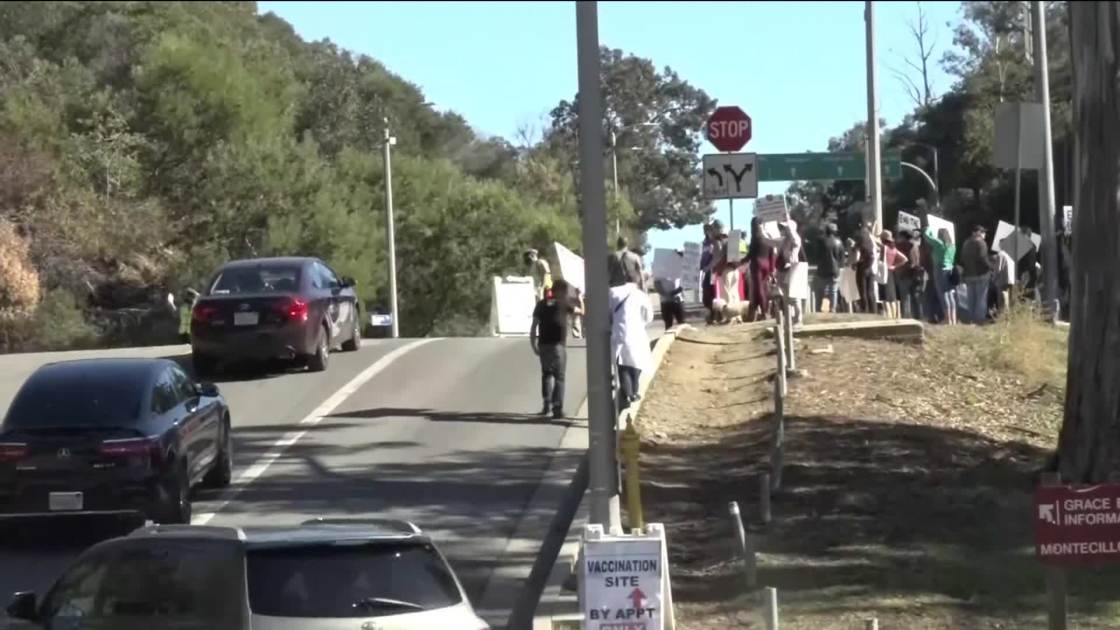 Hundreds of cars were waiting in line for the vaccine as anti-vaccination protesters held up messages outside, CNN affiliate KCAL/KCBS reported.

Video from the affiliate showed one sign that said, “LA Better Dodge The Vaxxx”; another read “Covid=Scam.”

Los Angeles Police Department spokesman Officer Drake Madison told CNN that the protesters were “anti-vaxxers.” The gathering was peaceful and no arrests were made, he said.

The protesters may have caused the gates to be closed by authorities out of caution, but they didn’t stop people from getting vaccinated during that time, Garcia told CNN. No appointments were canceled.

“The city is reviewing vaccine site safety protocol and will be setting up a protest zone in the event of any future protests,” Garcia said in an email.

Dodger Stadium is one of the largest vaccination sites in the country. Garcetti touted the site has the capacity to vaccinate 12,000 people each day, he said the night before the site opened.

“Everyone we encountered there who had an appointment was accommodated,” Los Angeles Fire Department spokesman Brian Humphrey told CNN on Monday.

The vaccination process has been an emotional one, he said.

“It’s not only a physical toll but an emotional toll on us as well,” Humphrey said. “It’s a very touching moment for a lot of these people getting vaccinated. Maybe they’ve lost their parents or something like that you know, and they’re sobbing and we’re giving them an injection. We do this thousands of times each day.”

The vaccine program is a joint effort between the mayor’s office and the fire department, Los Angeles Fire Department spokesman David Ortiz said Saturday. Vaccine appointments run from 8 a.m. until 8 p.m. and more appointments will be offered “as soon as we receive another allotment of vaccinations,” he said.