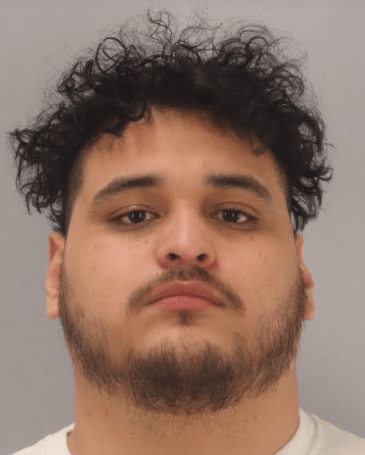 A 23-year-old man accused of robbing a man of his wallet at gunpoint and assaulting him in Cathedral City was arrested Tuesday, but police were still searching for his alleged accomplice.

Danny Hood was arrested at his home in the 68000 block of Encinitas Road in Cathedral City on suspicion of robbery, criminal threats and assault with a deadly weapon and booked at the John Benoit Detention Center in Indio, where he remains held in lieu of $30,000 bail.

The robbery was reported in the area of Vista Chino and Avenida La Paz at about 7:30 p.m. on Jan. 16, according to the Cathedral City Police Department.

The victim “reported being assaulted and robbed by two Hispanic adult males,” according to a police statement.

One of the perpetrators was allegedly armed with a gun during the robbery, police said. After stealing the man’s wallet, the two suspects drove away in a gray or white car.

Police did not specify how they connected Hood to the crime.

They are still searching for Hood’s accomplice. He was wearing a black hooded sweatshirt at the time of the robbery, police said, but additional identifying information was not provided.

Anyone with information was urged to call Detective Larry Sanfillippo at 760-202-306.

At the time of his arrest, Hood was out of custody on $25,000 bail stemming from a felony assault with a gun charge filed last month. He was scheduled to be arraigned in May in that case. He has no documented felony convictions in Riverside County.