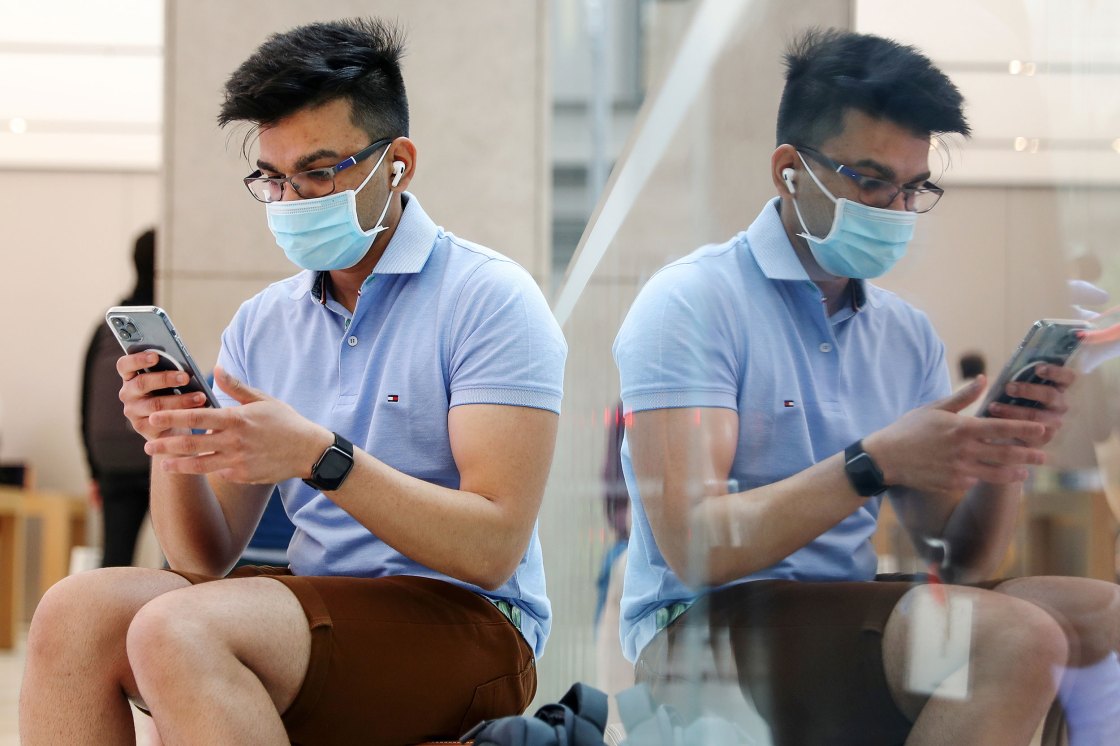 Some iPhone users will soon be able to unlock their smartphones without needing to remove their face masks in public. There’s just one catch: it requires an additional Apple device.

Apple is testing new iOS software that will allow people to unlock their iPhone’s face recognition security tool, Face ID, if they also happen to be wearing an Apple Watch.

Currently, Face ID recognizes when someone is wearing a mask and triggers the passcode entry screen to appear — an update Apple started testing in May.

But the latest update, which is part of a developer beta test likely to roll out broadly soon, will allow an iPhone to communicate with a synced Apple Watch when the phone is raised to use Face ID.

When authentication is completed — the devices must be in close proximity — the iPhone will automatically unlock and the Apple Watch will vibrate.

Apple said users will need to opt into this feature.

For security purposes, the update will only work to unlock the phone; users will still need to type in a passcode to make transactions through Apple Pay, the App Store or iTunes if wearing a mask.

The latest update is both another step forward for supporting mask wearing during the pandemic and a potential incentive for Apple customers to purchase a smartwatch, or at least use the one they have more frequently.

While Apple’s latest mobile operating system launched in September, the company continually releases updates to fix bugs or introduce new features. Also due later this spring, Apple is expected to introduce a new requirement for users to give explicit permission for apps to track them across the internet.