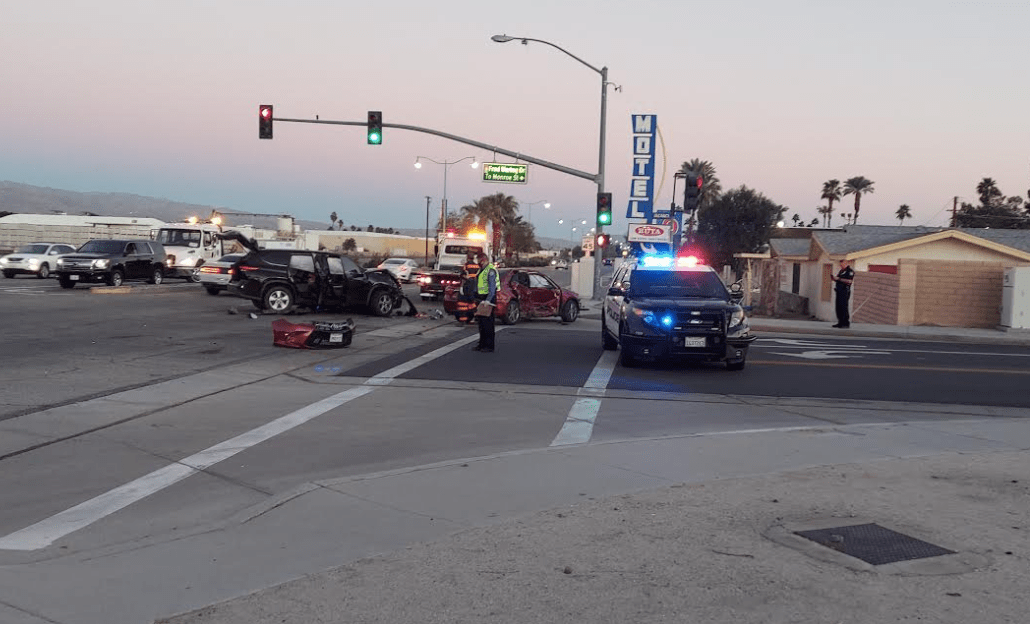 “Bro, I want to see you guys walk back over there, bro, I‘m serious, that’s not okay!” shouted Jacob Salas from his car window to two people he says he saw get out of a black SUV that slammed into the car of a mother and child on February 4, 2021.

He’s upset they left them there for dead, “Her baby didn’t even look like he was conscious, the girl’s just bleeding from her forehead and they’re just trying to fu***** walk away,” he shouts at them as they ignore his pleas to return to the scene of the horrific crash.

Salas says he was on his way home from work when out of nowhere a black SUV zoomed passed him, “This car was going at least 100 cause it flew past all of us, it shook my car so badly I thought I had gotten hit … by the time I knew it this person was slamming into that mom and her son.”

He says the mom took immediate action to help her child, “She had blood coming down her face, she opened her son’s door, she pulled out her son, to me he looked unconscious.”

Then he noticed the people in the black SUV get out of the car and walk away, he immediately followed them and tried to talk some sense into them.

“‘What are you guys doing you just hit this mom and her son and the mom’s full of blood,’ and the girl was just crying she was like ‘please no, no, no, no,'” says Salas.

But they kept walking that’s when he hit record.

He went back to the scene and gave police the information. We reached out to the Indio Police Department.

Indio P.D. public information officer, Benjamin Guitron says they could not give us a lot of information on the case and while they have not made any arrests, they do have a lot of good leads, “Based on the help of the public and the media that’s been able to provide us information and then what we have from the investigation we feel confident we’ll eventually identify the people responsible.”

Guitron says they don’t recommend confronting people but they are grateful for Salas‘ actions, “We appreciate you doing that because it helps in the investigation.”

Many are calling Salas a hero.

“I know, I don’t really feel like a hero only because I felt like I could have done more,” says Salas, adding to him the mother was the real hero that day, “she wasn’t thinking about herself, she didn’t think, ‘oh I‘m hurt,’ she got off the car, ripped that door open and pulled her son out, I was like man that’s amazing like that goes to show how strong women are.

The Indio Police Department says any and all information will help in this investigation. If you saw anything or have video, call the them.