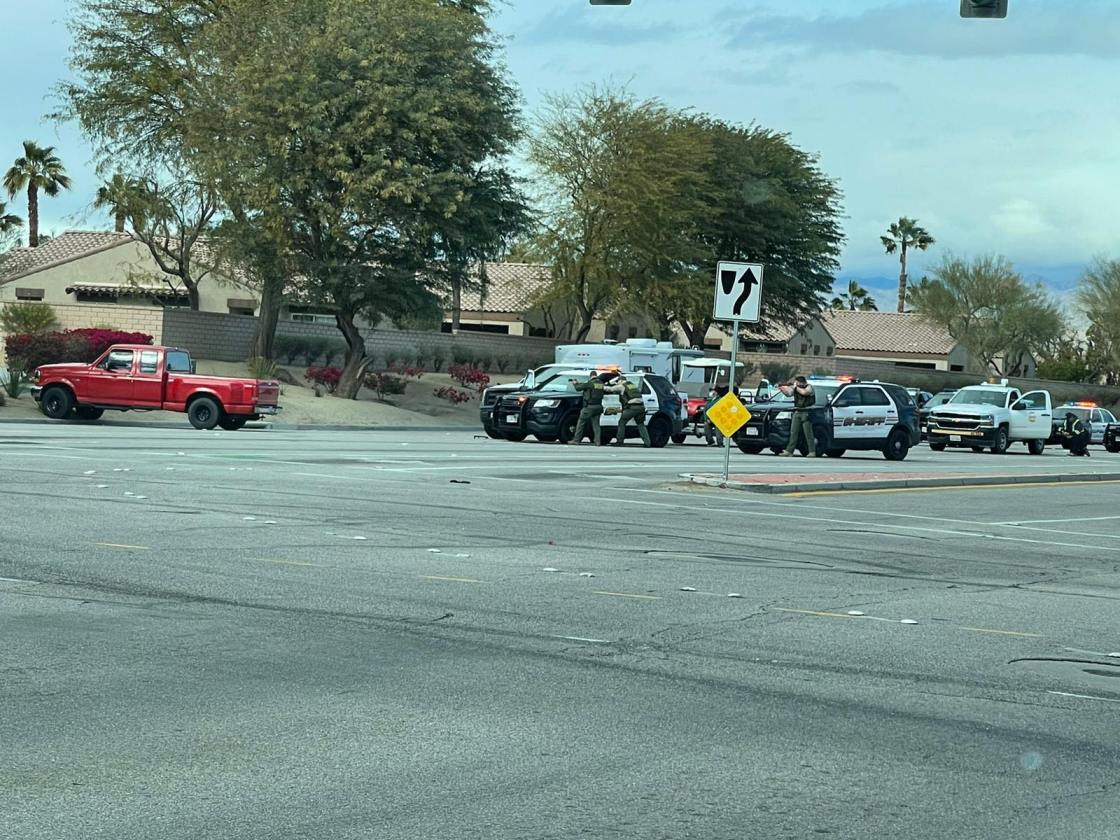 Javier Magdaleno, 60, was pronounced dead at the scene of the Jan. 29 shooting in the area of Jefferson Street and Avenue 48, according to the Riverside County Sheriff’s Department.

Sgt. Lionel Murphy said deputies were initially sent to the 39000 block of Washington Street, just north of Interstate 10, about 12:40 p.m. on an assault with a deadly weapon call. They were told a woman ran an into a business and said her estranged husband was armed with a rifle and trying to kill her, he said.

Deputies spotted Magdaleno at the location sitting inside a red Ford pickup truck. As they approached, he put the truck into gear and sped off, triggering a high-speed pursuit involving deputies and the CHP, the sergeant said.

The suspect crashed the truck into a vehicle in the area of Jefferson Street, north of Avenue 48, where a deputy and CHP officer shot the suspect, according to the sheriff’s department. It remains unclear whether Magdaleno pointed a weapon at law enforcement personal, but Murphy said a rifle belonging to the suspect was recovered at the scene.

The deputy and CHP officer were placed on administrative leave, which is standard practice in officer-involving shooting investigations. Their names were not released.

The Riverside County District Attorney’s Office is investigating the shooting.