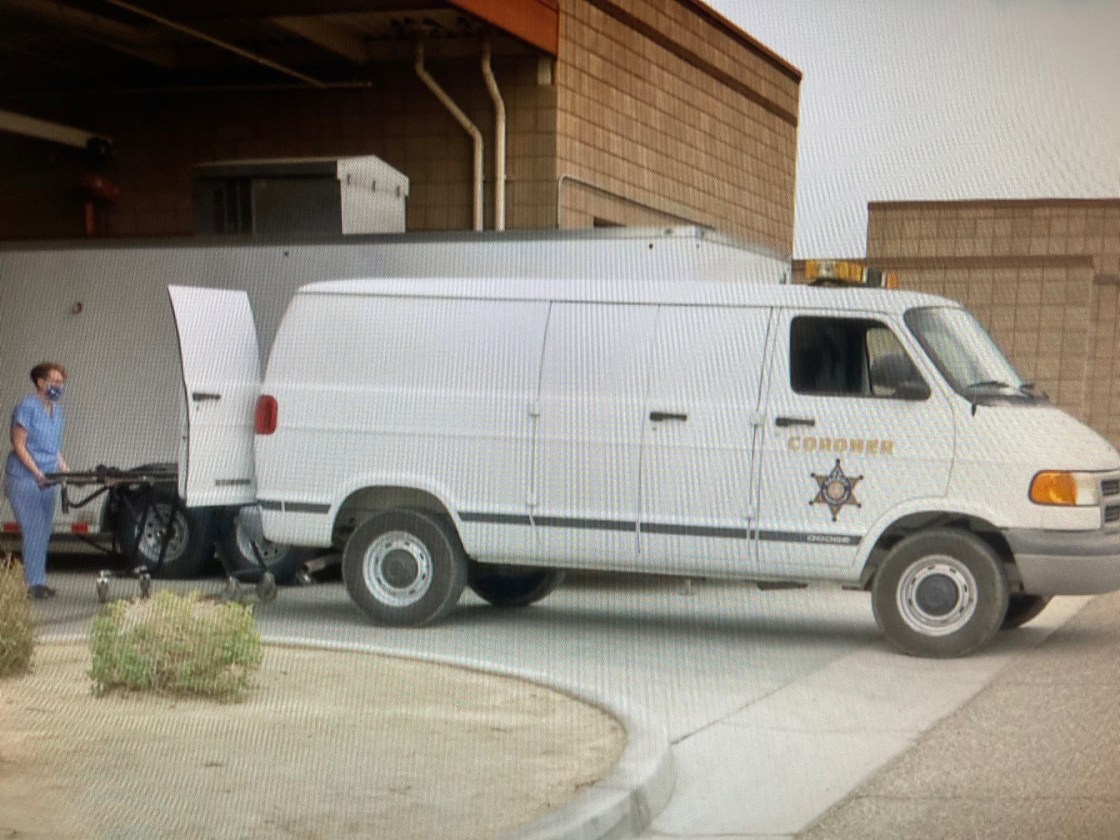 Since the pandemic started over a year ago working at the Riverside County Sheriff – Coroner’s Office has been different.

Lieutenant / Coroner Anthony Townsend who runs the Indio bureau says while they plan for it, they never imagined they’d be putting that plan in place, “This is unquestionably a hundred year event, I haven’t seen anything like this in my 21 years.”

Early on in the pandemic, they didn’t know what they were dealing with and how contagious it was to treat the dead.

“Frightening in a sense of we didn’t, in the initial phases we didn’t know a lot about the virus … how easily it was to contract from descendants so we treat everybody still the same just as though it is communicable and we always use our personal protective equipment and that’s carried tenfold through COVID,” says Townsend.

Riverside County Sheriff – Coroner’s office is already one of the busiest in the state, but their call volume tripled during the December / January surge.

He also says COVID has caused delays in autopsies, but not by much and are trying their best to keep up.

Something that rarely ever happens has become standard during COVID: maxed out hospital and funeral home morgues are calling on their expertise and storage capacity.

“Their storage capacity is for decedents is limited, the coroner’s office can step in and assist them,” he says.

And how many times have they been called on to store bodies from hospitals and local morgues that are overwhelmed?

“Too many to count,” he says with a pause.

This time hasn’t been easy for those who work there. They’re dealing with the same fears and stresses that have hit all families, plus the additional dangers of dealing with a virus that lurks at every turn.

“And so you go into that house, we  put on the full bunny suit, with the respirator so we understand that we don’t want to bring this back to the office and infect our coworkers much less do we want to take it home and infect our family members or our elderly parents, that’s the last thing we really want to do so it has given a new meaning into what death investigation really is,” says Sergeant / Coroner Brent Sechrest.

And while they’re used to dealing with death, they’ve set aside their fears during these unprecedented times to provide a service to those we’ve lost.