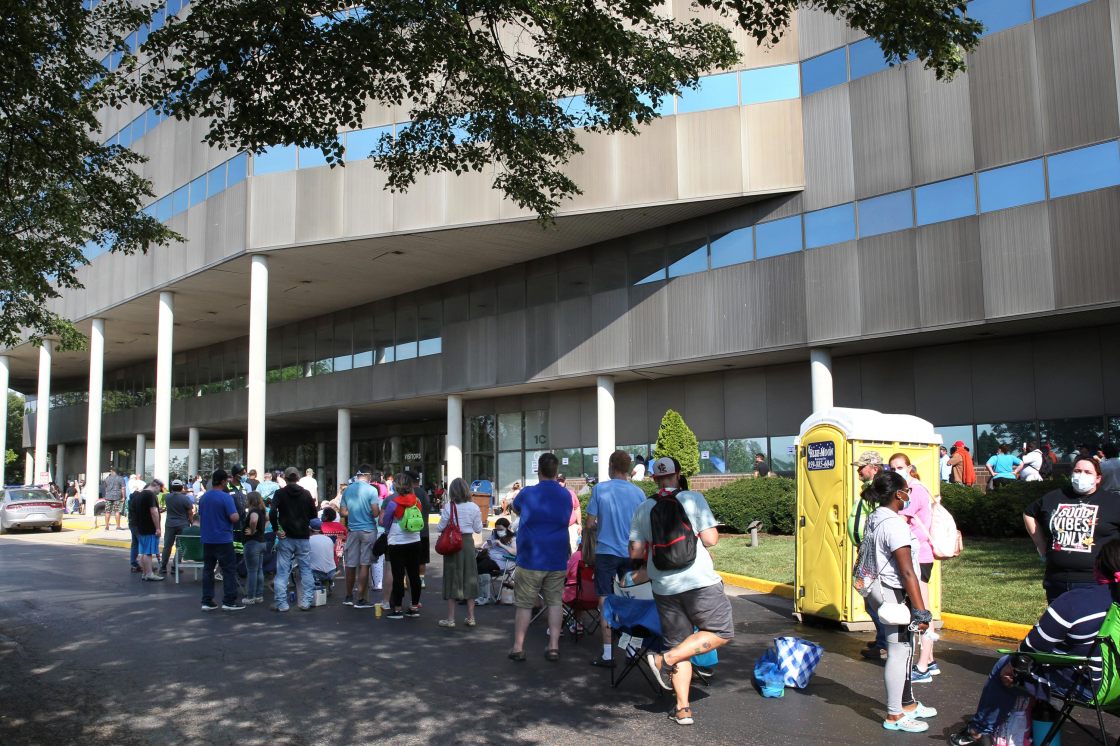 An estimated 11.4 million workers will lose their unemployment benefits between mid-March and mid-April unless Congress passes its next coronavirus relief package in coming weeks, a new study has found.

Out-of-work Americans will start running out of Pandemic Unemployment Assistance and Pandemic Emergency Unemployment Compensation benefits next month. Some 4 million people will see their benefits expire in mid-March, while the payments of another 7.3 million folks will lapse over the following four weeks, according to a report from The Century Foundation, released Wednesday.

Democratic lawmakers began unveiling their next relief legislation this week, advancing President Joe Biden’s $1.9 trillion proposal. The bill calls for extending the unemployment programs — as well as providing a $400 federal weekly boost to payments — through August 29. The President’s plan called for continuing benefits through the end of September.

The House Ways and Means Committee is considering the legislation on Wednesday.

Programs created by the CARES act

The two temporary federal programs were created in Congress’ $2 trillion relief package last March and were extended by 11 weeks in the $900 billion relief deal passed in December. The former provides benefits to freelancers, gig workers, independent contracts and certain people affected by the pandemic, while the latter lengthens the duration of payments for those in the traditional state unemployment system.

The December package also provides an additional $300 a week in federal payments through mid-March. But because Congress and former President Donald Trump waited until the end of the year to act, more than $17 billion in jobless benefits for January were delayed as states reprogrammed the provisions into their computer systems.

“There’s no reason for Congress to wait until the last minute to extend these critical benefits, and risk a lapse in aid,” wrote Andrew Stettner, senior fellow at the foundation, noting that lawmakers should act two to four weeks ahead of the mid-March deadline to give state unemployment agencies time to process the new rules.

The looming expiration of benefits comes as the nation’s jobs recovery remains rocky. Only 49,000 jobs were added in January, and the US is still down nearly 10 million jobs since before the pandemic. The unemployment rate slid to 6.3%, the first decline in two months.

Just over 4 million Americans have been out of work for at least six months, making up about 40% of the total unemployed.

The number of people employed is not projected to return to its pre-pandemic level until 2024, according to a Congressional Budget Office report released last week.

Still, the jobless rate in many states has declined since spiking last spring. This means fewer states are offering extended benefits, which trigger on during when joblessness is high, and is not good news for the long-term unemployed, who often have a harder time returning to the workforce.

Only about 734,000 workers, in just 12 states, would be able to receive state extended benefits in April if the two federal pandemic programs lapsed, according to The Century Foundation.

Nearly a year into the pandemic, many Americans are still struggling to get by.

More than 24 million adults, or 11.2%, live in a household where there was sometimes or often not enough to eat over the past seven days, according to the most recent Census Household Pulse Survey, released Wednesday.

Also, more than 82 million adults, or more than one-third, live in households where it has been somewhat or very difficult to pay for usual household expenses during the pandemic, according to the survey, which was taken between January 20 and February 1.

And nearly 62 million adults, or about a quarter, expect a loss in employment income over the next four weeks.