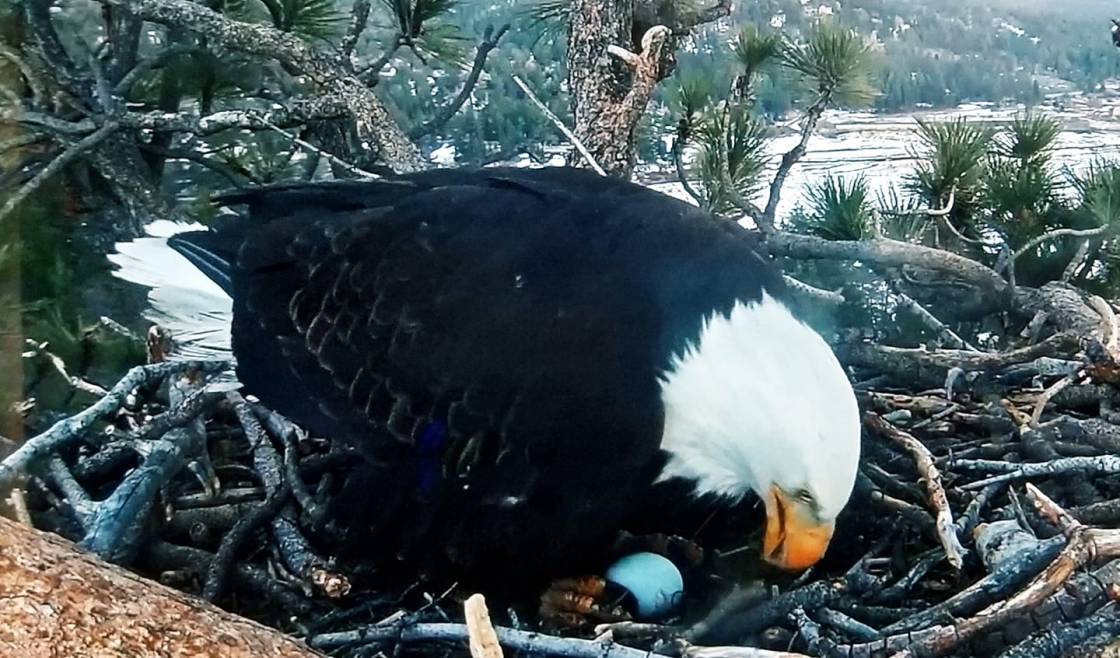 This is considered her first egg of her second clutch and was laid at 2:24 P.M. Monday afternoon. 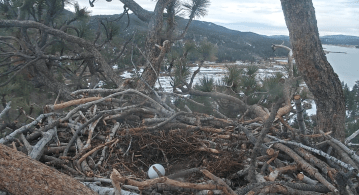 Jackie laid her first egg of the season, and her first clutch, on January 7th, but it was left unattended and got eaten by Ravens.

Her second was laid on January 9th and her third on the 13th.

Unfortunately, her third egg cracked right when it was laid, and seemed to be empty.

Her second egg was once again left alone and eaten by ravens leaving Jackie with no more eggs, until now.

Last year NBC Palm Springs paid close attention to Jackie and her mate Shadow as two eggs were laid and cared for, Simba and Cookie.

Unfortunately on of the eaglets, Cookie, from last year died after about six weeks, likely from hypothermia.