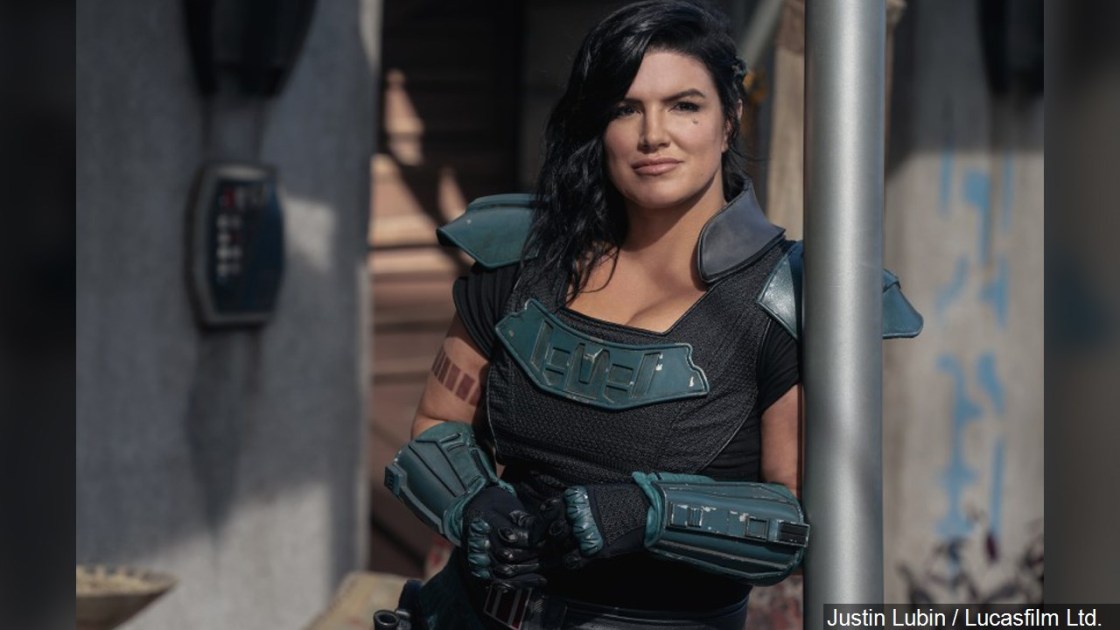 Gina Carano, who starred as the unassailable warrior Cara Dune in “The Mandalorian,” won’t appear in any future Star Wars projects after she shared offensive social media posts, including one that compared Nazi Germany to the current political landscape.

“Gina Carano is not currently employed by Lucasfilm and there are no plans for her to be in the future,” a Lucasfilm spokesperson said in a statement to Variety. “Nevertheless, her social media posts denigrating people based on their cultural and religious identities are abhorrent and unacceptable.”

CNN has reached out to Lucasfilm and United Talent Agency and is waiting to hear back.

The posts invoked Nazi Germany and made fun of masks

One of Carano’s posts, which she appeared to repost from another account, referenced the Holocaust, during which an estimated six million Jewish people were murdered, and how the conditions then were similar to contemporary political divides.

“How is that any different from hating someone for their political views?” part of the post read, according to Variety.

She later deleted that story and another that appeared to poke fun at mask-wearing with an image of a person whose entire head was covered with masks, captioned “Meanwhile in California.”

She didn’t delete every story she shared Wednesday, including one that repeated the conspiracy that convicted sex offender Jeffrey Epstein didn’t die by suicide.

Carano courted controversy in fall of 2020 when she refused fans’ requests to put her pronouns in her Twitter bio as a show of support for transgender people. Instead, she wrote “beep/bop/boop” in her bio, which to fans appeared to mock trans people.

“Beep/bop/boop has zero to do with mocking trans people (heart emoji) & (100 emoji) to do with exposing the bullying mentality of the mob that has taken over the voices of many genuine causes,” she wrote in September with a gif of R2-D2. “I want people to know you can take hate with a smile. So BOOP you for misunderstanding.”

Variety reported that she later removed the words from her Twitter bio after speaking to her co-star Pedro Pascal, who she said “helped (her) understand why people were putting them in their bios.” She then said she supports “freedom to choose.”

Carano has also posted about ending child sex trafficking with the hashtag #SaveOurChildren. Because the hashtag has been co-opted by QAnon conspiracy followers, Facebook, which owns Instagram, restricted the hashtag’s visibility on its apps.

Her character’s future is unknown

Lucasfilm didn’t address whether Carano’s role of Cara Dune would be recast in “The Mandalorian.” The character played a supporting role in the series as an ally to Pascal’s protagonist and a friend to Grogu, also known as “Baby Yoda.”

Cara Dune was expected to appear in the upcoming Disney+ series, “The Rangers of the New Republic.” But with Carano axed from the Star Wars universe, the character’s future remains unknown.