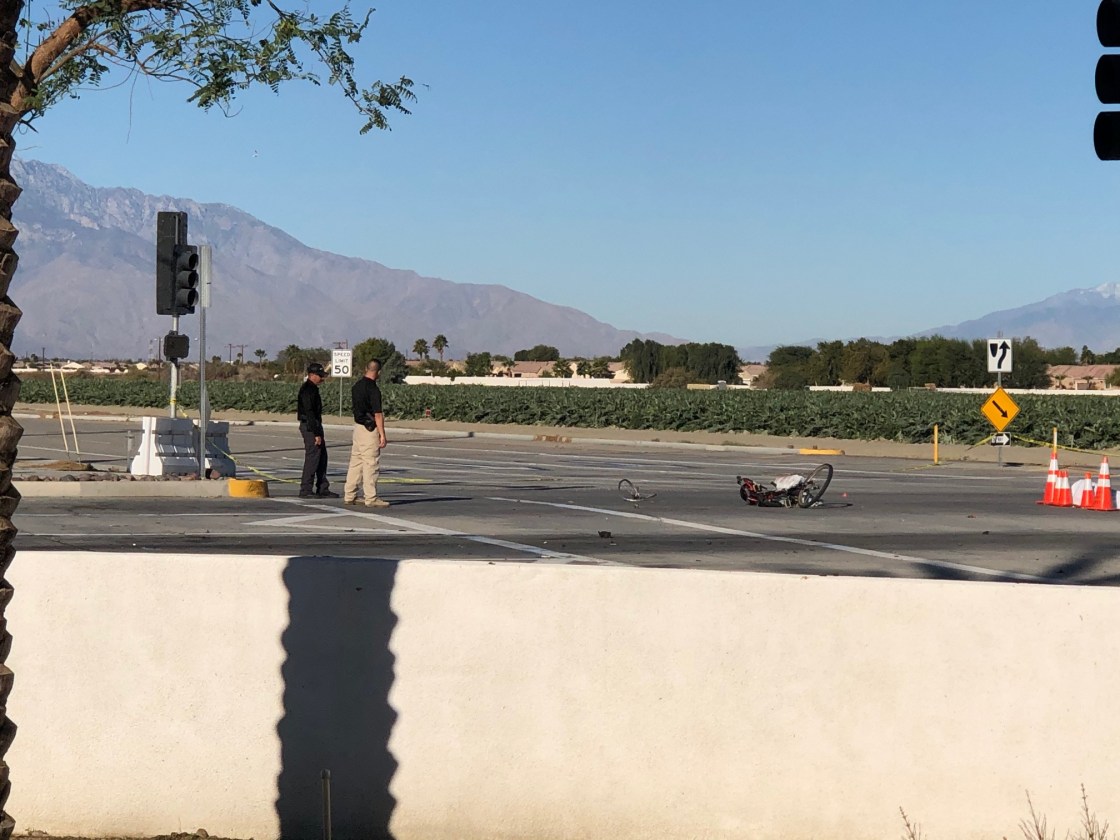 A driver accused of fatally plowing into an Indio man walking his bicycle across the street and speeding away was behind bars Thursday on $75,000 bail.

Mark Christian Bravo, 28, of Indio was taken into custody on Wednesday and booked at the Southwest Detention Center in Murrieta on suspicion of felony hit-and-run involving injury or death.

Jail records show he is expected to make his initial court appearance Tuesday at the Indio Larson Justice Center in Indio.

The crash that killed Anthony Duran, 51, was reported on Feb. 4 about 4:50 a.m. at the intersection of Monroe Street and Avenue 42.

Duran was struck by a pickup while waking his bicycle across the street, according to Indio Police Department spokeswoman Ben Guitron.

The pickup then sped away, Guitron said.

Duran was pronounced dead at the scene.

Additional information about the crash or the investigation that pinpointed Bravo as a suspect was not provided.

Bravo has a felony conviction for possession of a controlled substance for sale.

He was also out on $85,000 bail at the time of his most recent arrest in an unresolved assault with a deadly weapon case.