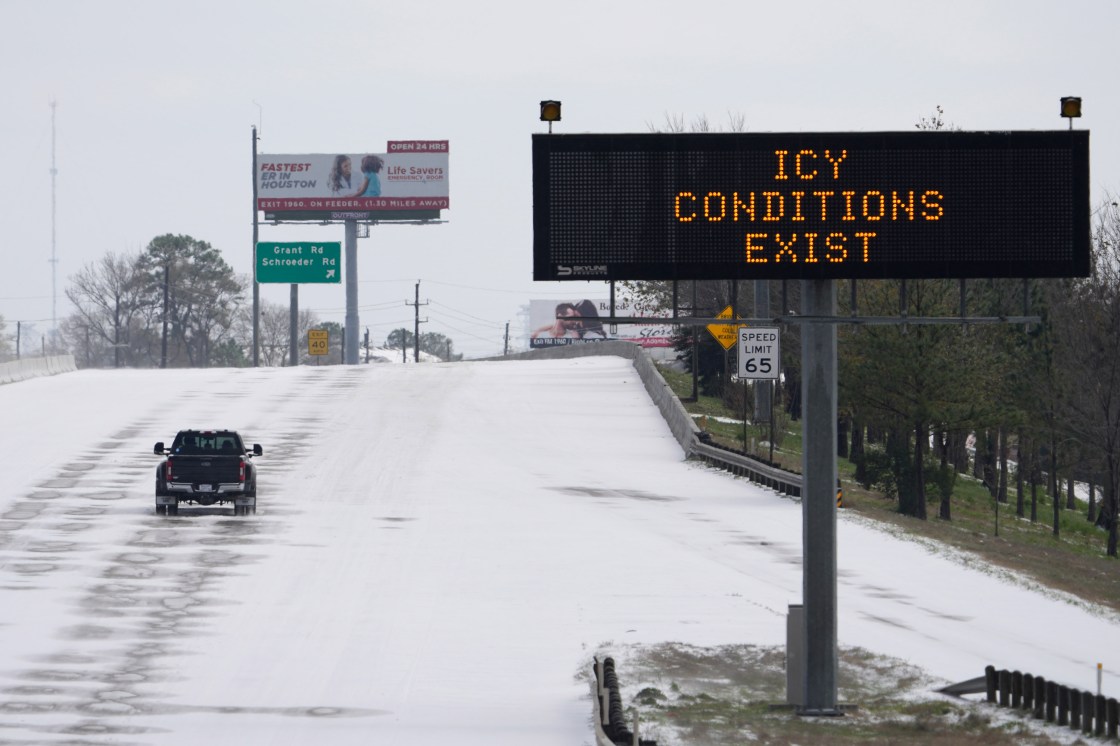 Vaccine distribution slowed in many areas because of winter storms engulfing much of the country Monday and Tuesday. Here are the localities and states that have delayed or postponed distribution so far:

In Chicago, all city-run vaccine sites were closed Tuesday because of the winter weather and appointments there will be rescheduled, city officials said.

The Cook County health system, which includes the Chicago suburbs, told CNN all of its vaccination sites would be closed, except for three that the system operates within the city limits.

The postponements came after Covid-19 shipments coming into the area were delayed when more than a foot of snow fell between Sunday evening and Tuesday morning, the Chicago Department of Public Health said.

In advance of winter weather and adverse road conditions, Illinois ordered the Covid-19 vaccine to be delivered to its “Strategic National Stockpile Receipt, Store, and Stage site,” according to a state news release.

The state also said it has been informed by the federal government it should anticipate vaccine delivery delays this week because of the winter storms, the news release said.

The weather will cause some vaccination delays in the state, Gov. Andy Beshear said Monday evening. He said he hopes the state will be able to make up for any postponements next week, after the last of the weather dissipates.

In Louisville, the LouVax vaccination site at Broadbent Arena will be closed Tuesday, the city’s mayor said.

All Mississippi State Department of Health drive-thru vaccination sites will be closed Tuesday, with the exception of the Coast Coliseum site in Harrison County, the department said.

“Canceled appointments at all other sites will automatically be rescheduled for the same time on an alternate day,” the department tweeted.

Missouri Gov. Mike Parson said Monday the state canceled all of its mass vaccination events scheduled for Monday through Friday because of the extreme winter weather.

“Missouri is experiencing severe winter weather that makes driving dangerous and threatens the health and safety of anyone exposed to the cold. These conditions will also likely delay some vaccine shipments,” Parson said. “We want to protect the safety of everyone involved in the mass vaccination events, from the patients being vaccinated to the volunteers who generously support these events.”

Nevada Health Response tweeted Monday the state may experience a delay in deliveries this week because of the powerful storms.

The state received word the disruption could occur and it is working with the health districts and pharmacies that may be affected.

“We ask Nevadans to continue to be patient at this time,” the tweet read.

Gov. Mike DeWine announced Tuesday that Covid-19 vaccine shipments being delivered to providers directly from Pfizer and Moderna could be delayed by one to two days because of severe weather.

Smaller shipments from the Ohio Department of Health’s Receipt, Store and Stage (RSS) Warehouse are being delivered on a two-hour delay, DeWine said.

Some vaccine providers have canceled appointments because of snow emergencies, DeWine said, but many are continuing to vaccinate. “So we’re continuing to monitor the weather and the shipments for the rest of the week, but we expect, as we’ve seen, a slowdown in the shipments,” he said.

Some vaccination sites will have adjusted hours or be closed temporarily throughout the week to “ensure public safety is a priority consideration,” the Oklahoma State Department of Health said.

The department said it will provide updates on its website as information comes in from regional health departments.

No first-dose vaccines are being shipped to Corpus Christi-Nueces County Public Health District Monday and Tuesday because of winter weather, according to a news release from the city.

The soonest a new shipment may come will be Wednesday, according to the news release.

The county said it has closed its Fair Park vaccination site through Wednesday.

Officials quickly put a plan together to allocate and salvage the vaccines, Hidalgo said.

Harris County officials settled on Houston’s Ben Taub, Lyndon B. Johnson, and Houston Methodist Hospitals, as well as Rice University and the Harris County Jail as the locations to receive the vaccine overnight, Hidalgo said.

The city postponed vaccine appointments scheduled to take place Tuesday at the Alamodome until Saturday because of the storm, according to a news release from the city.

This was the second straight day San Antonio postponed vaccinations at the venue. Over the weekend, the city made the decision to move Monday’s appointments to Friday.