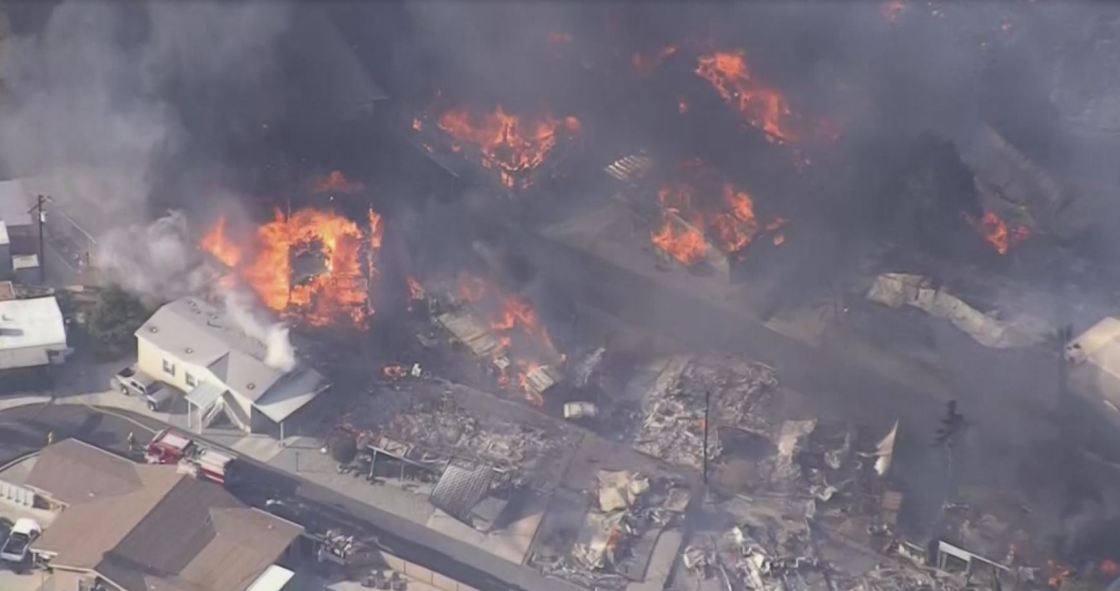 A 38-year-old man has been arrested in connection with the 2019 Sandalwood Fire, accused of operating the garbage truck that dumped a burning load of trash near a pile of dry vegetation during a windstorm, leading to the blaze that burned over 1,000 acres and killed two residents of a mobile home park in Calimesa.

“The Sandalwood fire was caused by a burning load of trash that was dumped next to dry vegetation by the trash truck that Ornelas-Velazquez was operating,” the agency said.

“The fire spread from the burning pile of trash into the dry vegetation, resulting in the deaths of two civilians, 72 structures destroyed, 16 structures damaged and burned more than 1,000 acres of vegetation before it was contained on October 14, 2019.”

The blaze broke out about 2 p.m. Oct. 10 at Sandalwood Drive and Seventh Street, near the I-10 exit ramp.

Investigators have said the driver of the trash truck released the load after a fire erupted inside the scoop.

Hannah Labelle, 61, and Lois Arvikson, 89, died when flames consumed their doublewide trailers at Villa Calimesa Mobile Home Park, which was destroyed as winds blew in excess of 40 mph.

Weeks after the fire, attorneys representing victims said they planned to sue the waste collection company CR&R, alleging the driver’s actions led directly to the fire.