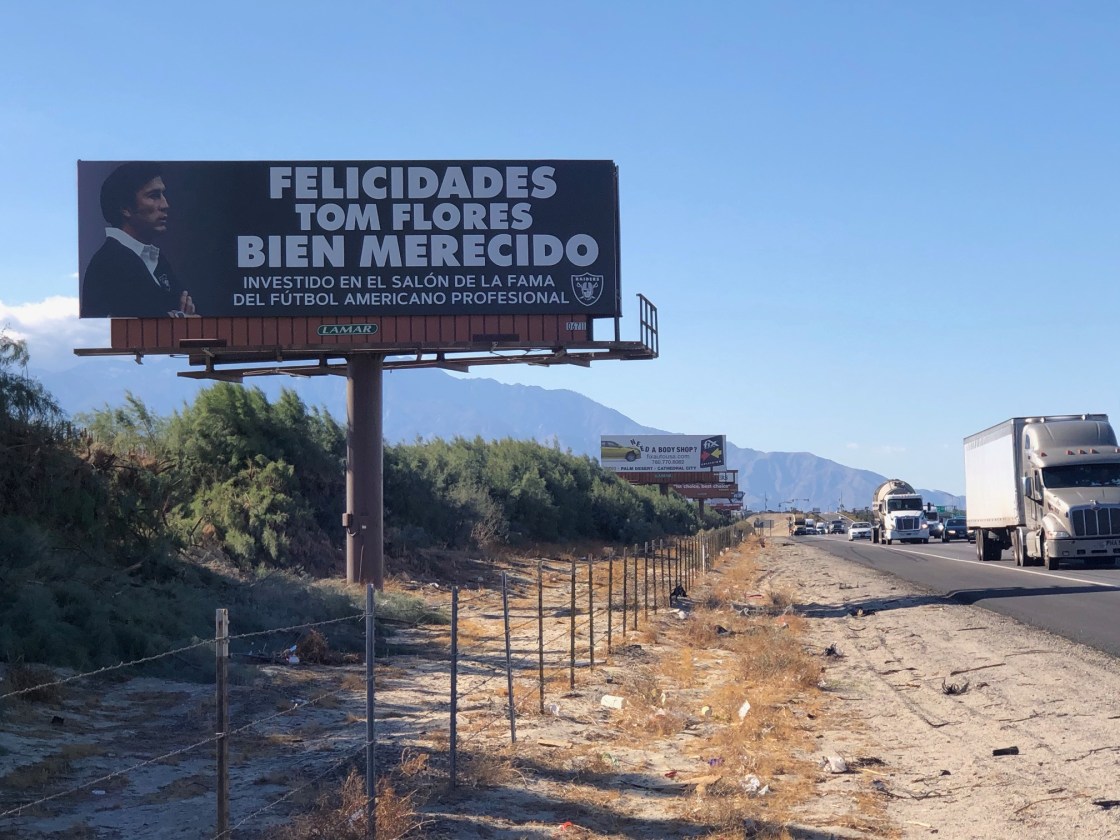 Former professional football coach and player, Tom Flores, was selected for the 2021 NFL Hall of Fame and as another way to honor him, several billboards have been put up.

One of them is right here in the Coachella Valley, where Flores lives, and can be found off eastbound Interstate 10 just past the Washington exit.

Other billboards have been seen in Oakland and Las Vegas.

Oakland has such a unique and complicated relationship with the @Raiders.

This was a great touch on 880 a week after @CharlesWoodson & Tom Flores were elected to the HOF more than a year after the move to Vegas. pic.twitter.com/dBvKPYZ6Oo

He and Mike Ditka are the only two people in National Football League history to win a Super Bowl as a player, assistant coach, and head coach.

Why Tom Flores Deserves to be in the Hall of Fame: In His Own Words