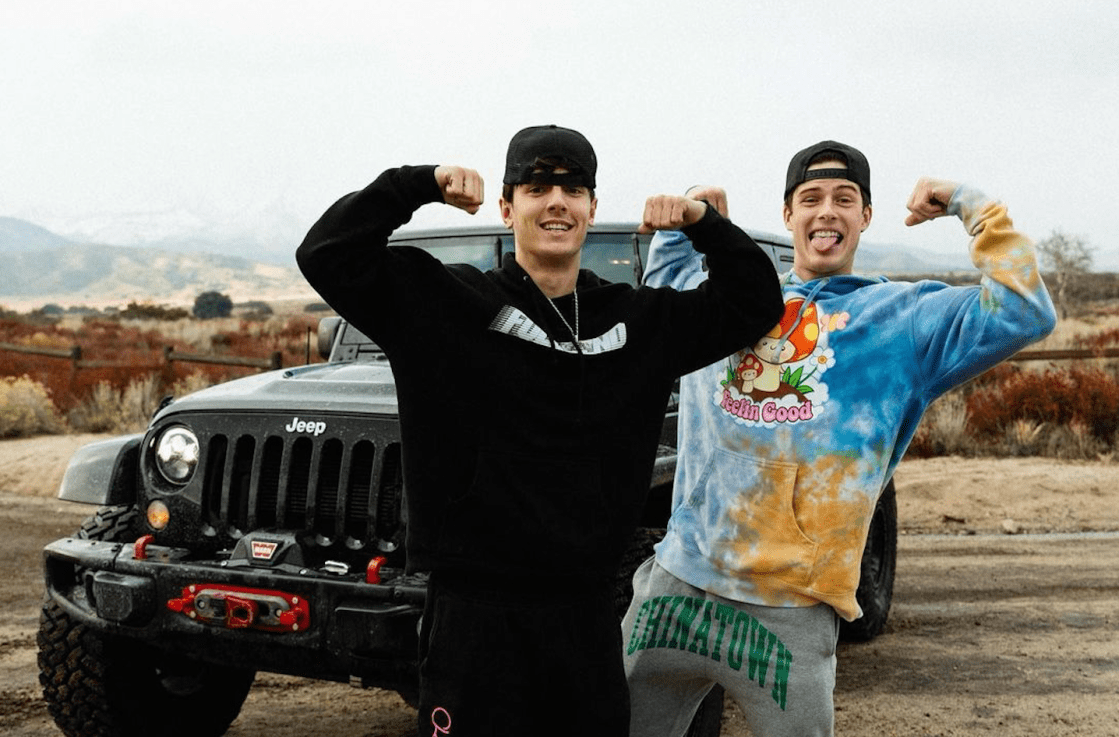 Two TikTok stars pleaded not guilty Thursday to misdemeanor charges for hosting two parties at their rented home in the Hollywood Hills in the midst of the coronavirus pandemic.

Bryce Hall, 21, and Blake Gray, 20, were charged last August with one count each of causing a public nuisance by conducting a loud and unruly conduct gathering and violating the “Safer LA” emergency declaration.

Hall and Gray hosted two parties at the home they share on Appian Way within less than a week, including an Aug. 14 celebration for Hall’s birthday, Los Angeles City Attorney Mike Feuer announced Aug. 28. Los Angeles police officers responded to both parties and stayed until the guests left, the city attorney said.

Police initially issued Hall a “party house citation” on Aug. 8 and left a warning that further violations may result in the power being shut off, according to Feuer.

It wasn’t clear how many people attended that party, but the city attorney said he believed that officers saw as many as two dozen people leaving the house.

Six days later, police returned to the house after getting a call about shots being fired and found several hundred people at a party, according to the City Attorney’s Office.

Police didn’t find any evidence that shots had been fired, but officers spoke with Gray, who acknowledged he was aware of the prior citation, Feuer said.

“We allege these hosts have been incredibly irresponsible, with a highly infectious disease spreading and parties banned because of it, and we allege they violated the law,” he said.

The city cut power to the Hollywood Hills home two weeks after Mayor Eric Garcetti announced that he would authorize the Los Angeles Department of Water and Power to shut off utilities to homes and businesses that host “egregious” gatherings amid the COVID-19 pandemic.

“If you have a combined 19 million followers on TikTok in the middle of a public health crisis, you should be modeling great behavior, best practices for all of us rather than brazenly violating the law and then posting videos about it as we allege happened here,” Feuer said in announcing the charges against the two.

The two own homes have been the subject of numerous community complaints and both owners have received multiple citations for violating the city’s party house ordinance and received a warning letter from the City Attorney’s Office about potential prosecution, according to Feuer.

Feuer said last year that he hoped the announcement of the charges would make others reconsider whether to host parties, saying “the stakes are so much higher now and that means we are going to be even more vigilant now.”