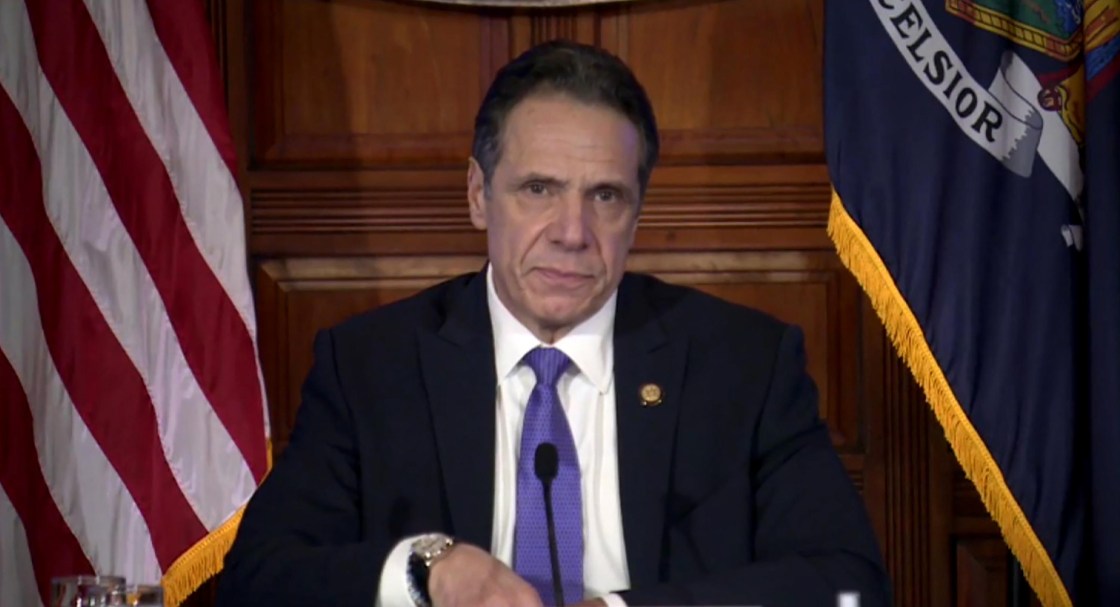 New York Democratic Gov. Andrew Cuomo on Wednesday apologized for his behavior after two women accused him of sexual harassment and another alleged an unwanted advance, saying he didn’t know he was “making anyone feel uncomfortable” while rejecting calls to resign.

Cuomo, speaking at a press conference in Albany, urged New Yorkers to wait for an attorney general’s inquiry into the allegations to proceed before forming an opinion about the matter.

Cuomo started his briefing speaking about Covid-19 numbers in the state and did not address the allegations until the end of the briefing.

“I want New Yorkers to hear from me directly on this. First, I fully support a woman’s right to come forward. And I think it should be encouraged in every way,” he said. “I now understand that I acted in a way that made people feel uncomfortable. It was unintentional and I truly and deeply apologize for it. I feel awful about it, and frankly, I am embarrassed by it, and that’s not easy to say but that’s the truth.”

He continued, “I never ever meant to offend anyone or hurt anyone or cause anyone any pain. That is the last thing I would ever want to do.”

Cuomo is facing two allegations of sexual harassment by former aides and one allegation that he made an unwanted advance toward a woman at a 2019 wedding.

Charlotte Bennett, a 25-year-old former executive assistant and health policy adviser to Cuomo, told The New York Times that during one of several uncomfortable encounters, Cuomo asked her questions about her sex life during a conversation in his state Capitol office and said he was open to relationships with women in their 20s.

She told the Times that she interpreted the exchange — which she said took place in June, while the state was in the throes of fighting the pandemic — as what the newspaper called “clear overtures to a sexual relationship.”

In his initial response to the story over the weekend, Cuomo said he believed he had been acting as a mentor and had “never made advances toward Ms. Bennett, nor did I ever intend to act in any way that was inappropriate.”

CNN’s calls to Bennett for comment have not been returned.

Lindsey Boylan, another former aide, alleged that in 2018, the Democratic governor kissed her on the lips following a one-on-one briefing in his New York City office.

Cuomo firmly denied the allegations in a press conference in December when Boylan first made them. CNN has not been able to corroborate the allegations, and when asked for further comment, Boylan replied that she was letting her Medium post speak for itself.

Cuomo is also accused of making an unwanted advance toward a woman at a 2019 wedding, The New York Times first reported on Monday evening and a friend of the woman who says they witnessed the incident told CNN on Tuesday.

The woman, Anna Ruch, told the Times that Cuomo approached her during a crowded wedding reception in New York in 2019. Ruch told the newspaper she thanked Cuomo for his toast to the newlyweds, and in response, she says he put his hand on her bare lower back, which the Times said was exposed in an open-back dress. The Times published a single photo of Ruch and Cuomo at the event, in which Cuomo appears to be placing his hands around Ruch’s face, but it is unclear what happened in that moment.

Ruch has not responded to requests for comment from CNN.

Cuomo’s office didn’t respond to CNN’s repeated requests for comment about Ruch’s accusation to the Times. A spokesperson for Cuomo did not directly address the allegations to the newspaper but pointed to a statement the governor released Sunday evening in the face of backlash from Boylan’s and Bennett’s allegations of sexual harassment.

Cuomo also acknowledged that some of his previous comments “may have been insensitive or too personal” and said he was “truly sorry” to those who might have “misinterpreted (the remarks) as an unwanted flirtation.”