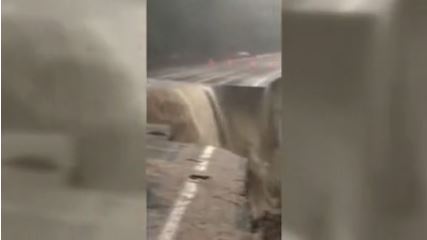 Biden authorized an increase in the level of federal funding for public assistance projects undertaken as result of severe weather events in February 2019 for the La Jolla Band of Luiseno Indians in Pauma Valley in north San Diego County and the Cahuilla Band of Indians in Anza, in south Riverside County.

On March 26, 2019, the La Jolla Band of Luiseno Indians received a major disaster declaration for storms, flooding, landslides and mudslides during the period of Feb. 14-15, 2019.

On March 28, 2019, the Cahuilla Band of Indians received a major disaster declaration for severe storms and flooding on Feb. 14, 2019.

Federal funding was originally available to each community for public assistance and hazard mitigation at 75% of the total eligible costs.

Under the president’s order, the federal share for public assistance was increased to 90% of the total eligible costs.

In 2019, then-President Donald Trump granted federal aid to the La Jolla Band of Luiseno Indians to assist the tribe’s efforts to repair or replace damaged facilities and to help with the removal of debris from the 8,541-acre reservation, located off state Highway 76, about 25 miles east of Escondido and 60 miles northeast of San Diego.

The La Jolla Band of Luiseno Indians is one of six federally recognized Luiseno tribes in Southern California.