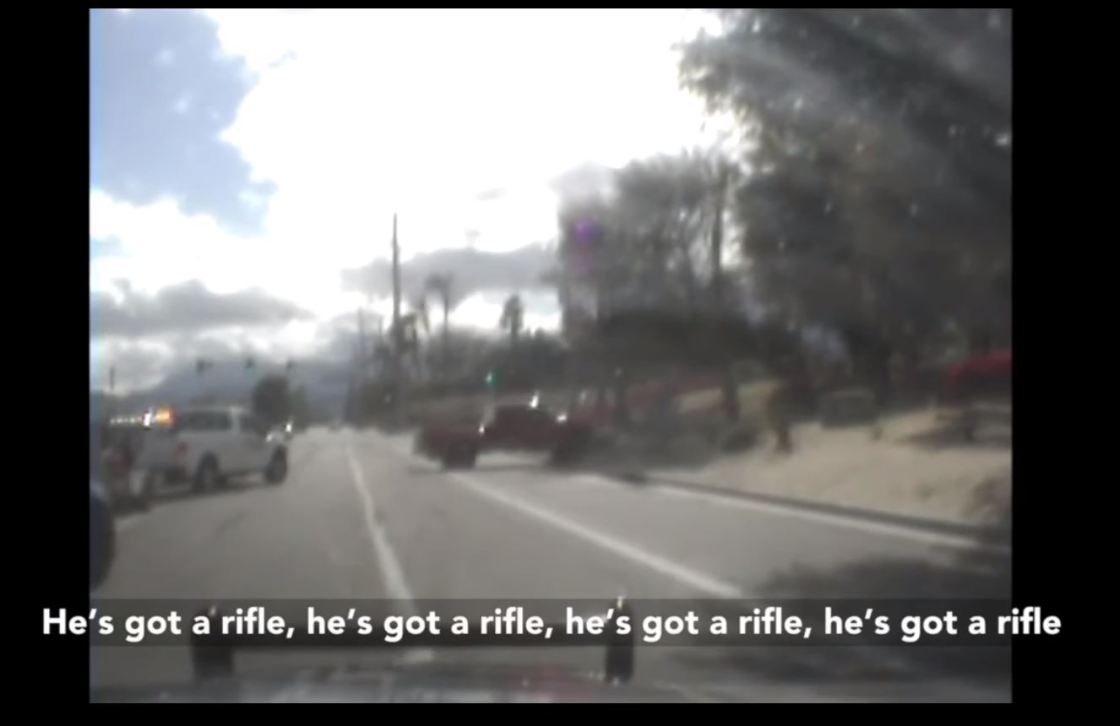 Deputies from the Palm Desert Sheriff’s Station responded to an assault with a deadly weapon call around 12:40 p.m. from a store associate at the Rite-Aid on Washington Street in Thousand Palms.

The call was about a woman who ran into the store to get away from her estranged husband who, according to the press release, was armed with a rifle and trying to kill her.

In the newly released video, the store associate is speaking with a 911 dispatcher explaining the situation.

“Yes, I’m here at Rite-Aid, and we have a woman ran [sic] in the store crying and screaming that her husband is outside trying to kill her.”

The dispatcher asks if the woman is still in the store, and the store associate responds that the woman is protected in the back.

When the 911 dispatcher asks for the woman’s name the clerk mentions they have the license plate number and continues with a description of the alleged suspect, the vehicle and states the man has a rifle.

“What,” the dispatcher asks.

“He has a rifle in the car,” responds the store associate.

At that point, a deputy arrives at the location, and the suspect, Javier Magdaleno, 60 of Indio, who was sitting inside a red Ford pickup truck backs up and speeds away from the area according to the press release.

The pursuit ended when the Ford pickup hit another vehicle on Jefferson Street near Avenue 48 at the La Quinta Indio border.

“Mr. Magdaleno was struck by the gunfire and ultimately succumbed to his injuries,” Chief Bianco says in the video.

No one else was injured, and the .22 caliber rifle was recovered at the scene.

The involved deputy and CHP officer were placed on administrative leave per each Department policy. Their names have not been released.