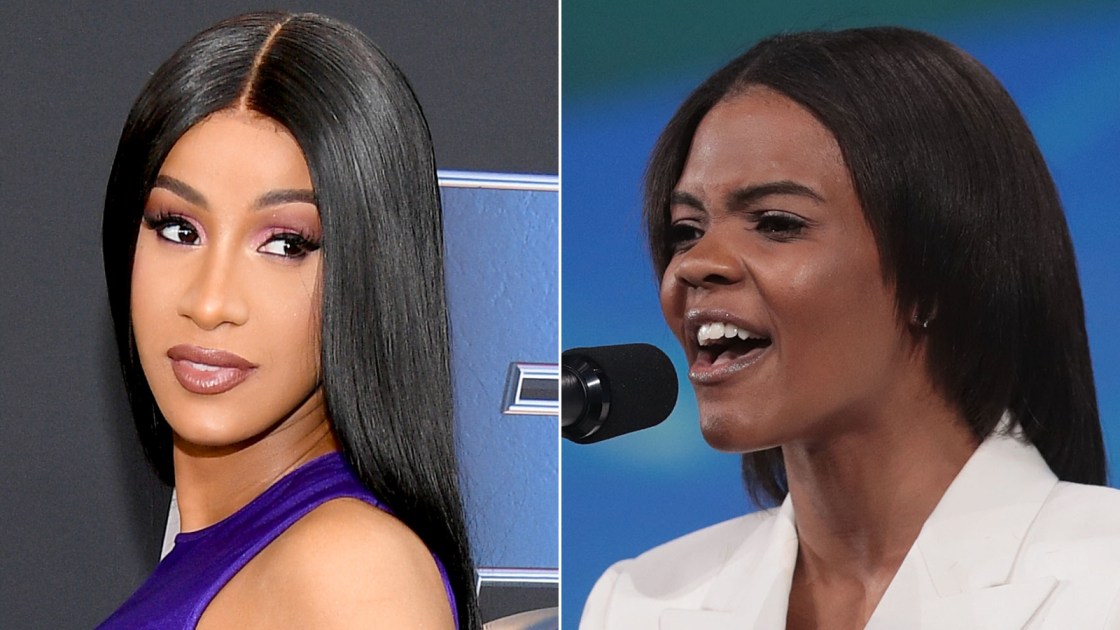 Cardi B and Candace Owens engage in epic Twitter battle

Cardi B and Candace Owens engage in epic Twitter battle

(CNN) — Cardi B famously raps “Cardi don’t need more press,” but if that’s the case, she may want to chill on Twitter.

The Grammy winner got into it on Twitter Tuesday with conservative pundit Candace Owens.

It all stems from Owens appearance Monday on Tucker Carlson’s Fox show where she criticized Cardi B and Megan Thee Stallion’s racy performance of their hit single “WAP” at Sunday’s Grammy Awards.

Now if you know what “WAP” stands for, you won’t be shocked by the stripper pole, provocative costumes and the two rappers getting close on a giant bed during the performance.

Owens viewed it as “an attack on American values, American traditions” and accused the artists of “actively trying to make children aspire to things that are grotesque” with their prime-time act.

“We are celebrating perversity in America,” Owens said.

Initially, Cardi B shared the video of the appearance on her verified Twitter account, writing “Yaaaayyyyyyy WE MADE FOX NEWS GUYS !!! Wap wap wap.”

“Matter fact I’m just going to thank Candy (Owens) She put my performance on Fox News giving it more views that boosted the views on YouTube and is counting towards my streams and sales,” the rapper tweeted. “Winking face with tongue STREAM UP AND WAP .REMEMBER GROWN PARENTS ONLY YOU CAN MONITOR WHAT YOUR KIDS WATCH NO1 ELSE.”

But things quickly devolved as Owens and Cardi B traded tweets that covered everything from race and gender politics to each other’s spouses.

Most of what was said is not suitable for family consumption, but let’s just say there were some nudes involved and it ended with both women threatening legal action against each other.

Who says rap beef has to stay between rappers? 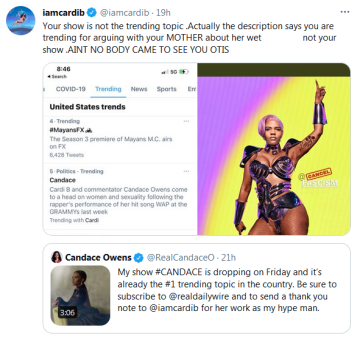