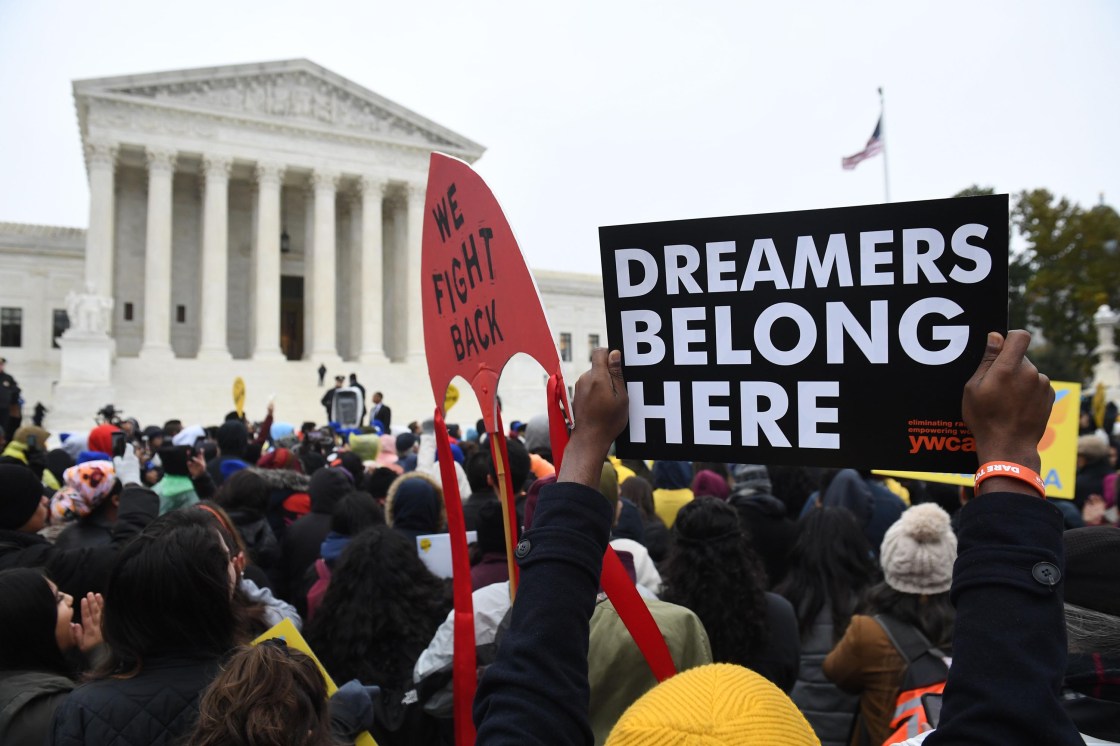 (CNN) — House Democrats are taking up two separate bills on immigration Thursday, marking the first time Congress will vote on a pathway for citizenship for undocumented immigrants since Democrats won slim majorities in both chambers of Congress with President Joe Biden in the White House.

In the first vote, the House passed H.R. 6, the American Dream and Promise Act of 2021, sponsored by Democratic Rep. Lucille Roybal-Allard of California.

It would provide a pathway to citizenship for the young undocumented immigrants known as “Dreamers” as well as for Temporary Protected Status recipients and Deferred Enforced Departure beneficiaries. The legislation stands to make up to 4.4 million individuals eligible for permanent residence, according to the Migration Policy Institute.

The House is voting next on H.R. 1603, the Farm Workforce Modernization Act, bipartisan legislation from Democratic Rep. Zoe Lofgren of California and Republican Rep. Dan Newhouse of Washington.

The bill would permit farm workers, and their spouses and children, to earn legal status through continued employment in the agricultural sector, and would make changes to the H-2A agricultural guest worker program.

Both of these bills have already been passed by the House in previous years but are being voted on again with Democrats holding slim majorities in the House and Senate. They are expected to hit a wall in the Senate.

The chances of these bills getting enough Republican support to reach 60 votes in the Senate is very low, renewing debate among Democrats about ending the filibuster. That would allow legislation to pass with a lower vote threshold, but also appears unlikely to happen.

House Judiciary Chairman Jerry Nadler said ahead of the votes, “the House will send a clear message that we believe in a just, rational and humane immigration system. I hope that our Senate colleagues will hear us on the other side of the Capitol and will take similar action.”

Democrats are facing increasing scrutiny over their handling of immigration amid a recent surge in border crossings that Republicans have argued is a serious crisis.

House Republicans have been hitting the Biden administration on the influx of migrants crossing the border in recent weeks, including the large increase in unaccompanied minors making the trek into the United States.

Many of those migrants crossing the border have said they believe the Biden administration will be more welcoming than the Trump administration, which had adopted a more hardline posture.

“It’s more than a crisis. This is a human heartbreak,” House GOP leader Kevin McCarthy said at a news briefing on a trip to the border this week. “The sad part about all this, it didn’t have to happen. This crisis is created by the presidential policies of this new administration. There’s no other way to claim it than a Biden border crisis.”

The push to pass these two bills will give House Democrats an opportunity to say they are working to advance immigration reforms, but questions remain over the fate of broader efforts to overhaul the nation’s immigration system.

And while some progressive Democrats would have liked to see comprehensive immigration reform legislation rather than these two piecemeal bills, other Democrats have thrown cold water on the idea, underscoring how much of an uphill climb it would be to pass a broader immigration package.

Senate Judiciary Chairman Dick Durbin told CNN earlier this week that he doesn’t believe there’s enough support in this Congress to pass a full-blown immigration bill with a pathway to citizenship for 11 million undocumented immigrants, a key pillar of Biden’s immigration plan.

“I don’t see a means for reaching that,” the Illinois Democrat said. “I want it. I think we are much more likely to deal with discrete elements.”

Weighing in on the House effort to move immigration bills, Durbin said, “I think Speaker Pelosi has discovered that she doesn’t have support for the comprehensive bill in the House,” Durbin said. “And it indicates where it is in the Senate as well.”

On Thursday, CNN asked Raul Ruiz, the chair of the Congressional Hispanic Caucus, about Durbin’s comments.

“There’s different multiple routes that we are going to advocate for. We can advocate it through the budget reconciliation process,” he said.

When asked if budget reconciliation is possible for an immigration bill, Ruiz responded there’s “political will” to do so.

“I think that there is political will and so, you know, that’s, that’s a different route, whether … it’s a possibility I think we’ll have to wait and see, but I think it’s a route we’re going to be advocating for,” he responded.

This headline and story have been updated with additional developments Thursday.