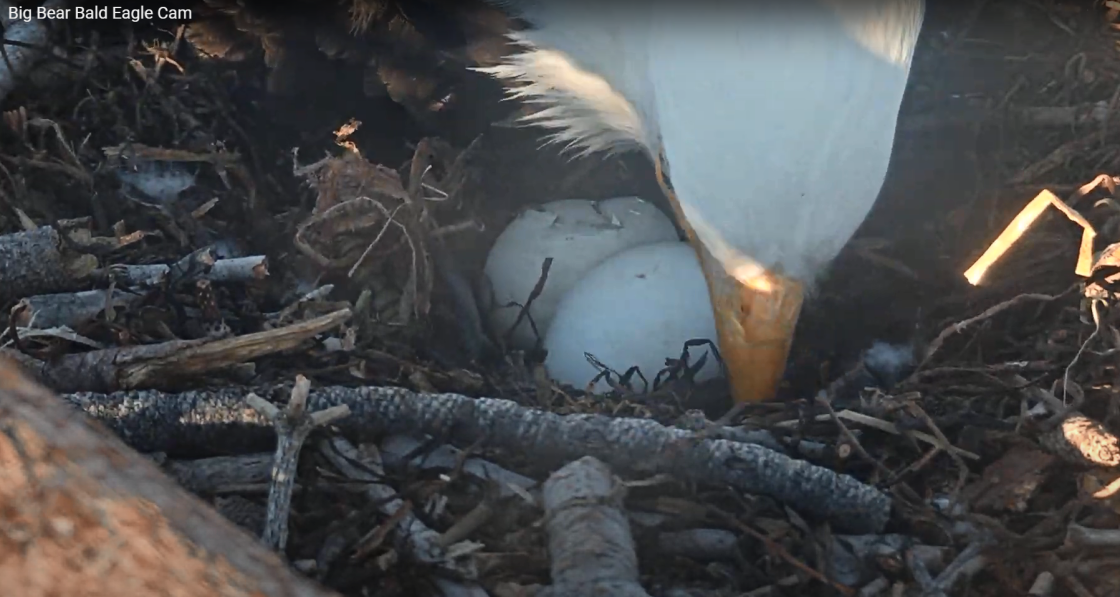 Exciting news from the Live Big Bear Bald Eagle Camera, one of the two eggs in the nest has begun to hatch.

Experts in the Live video chat say the egg has already started to “unzip” itself out of the shell. It will rotate itself in a counter clockwise direction and hopefully, it will be fully out in about 24 to 48 hours.

Jackie laid her first egg of the season, and her first clutch, on January 7th, but it was left unattended and got eaten by Ravens.

Her second was laid on January 9th and her third on the 13th.

Unfortunately, her third egg cracked right when it was laid, and seemed to be empty.

Her second egg was once again left alone and eaten by ravens, leaving Jackie with no more eggs, but then Jackie laid eggs four and five in February. Eagles usually lay between two to three eggs per “clutch.” Eggs four and five were part of a second “clutch” which happens when an eagle’s first clutch is destroyed.