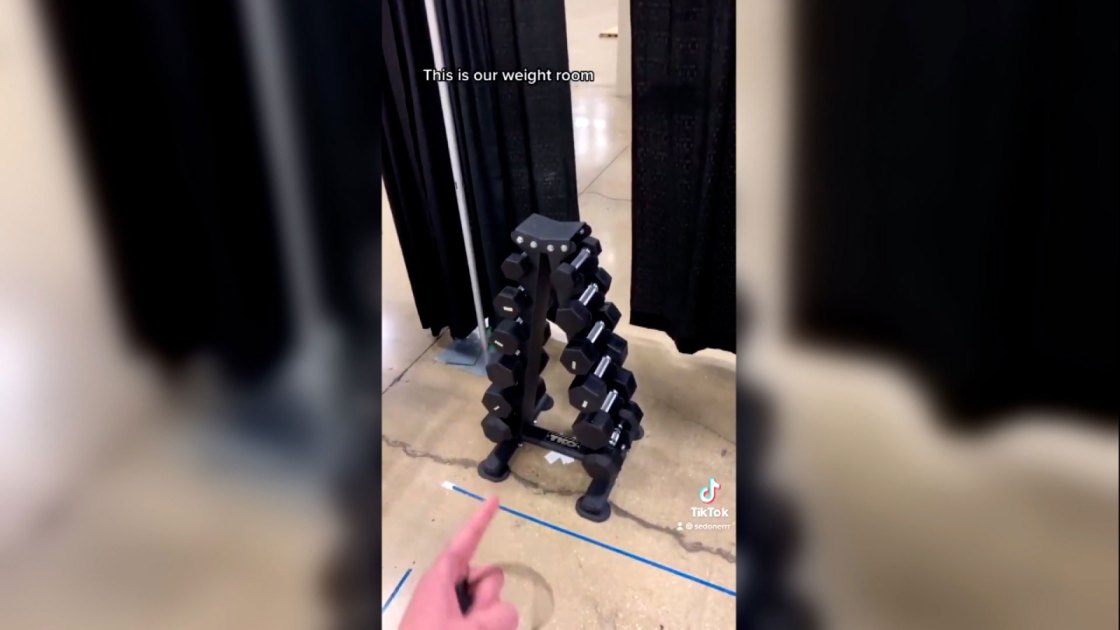 The NCAA has come under fire over the lack of amenities, notably the workout equipment, at the women’s basketball tournament compared with the men’s event this year.

The contrast was first highlighted by Stanford sports performance coach Ali Kershner who posted two photos on Instagram. One photo, according to Kershner, was the men’s setup showing benches and other types of weight equipment. The other photo of the women’s setup shows a set of free weights and some yoga mats.

In her post, Kershner included the handles for NCAA women’s basketball, the NCAA and March Madness, saying, “this needs to be addressed.”

“These women want and deserve to be given the same opportunities,” Kershner wrote. “Not only that — three weeks in a bubble and no access to DBs above 30’s until the sweet 16? In a year defined by a fight for equality this is a chance to have a conversation and get better.”

A few hours after Kershner’s post, the NCAA vice president of women’s basketball Lynn Holzman acknowledged that “some of the amenities teams would typically have access to have not been as available inside the controlled environment.”

She added in her statement: “In part, this is due to the limited space and the original plan was to expand the workout area once additional space was available later in the tournament.”

Sedona Prince of the Oregon Ducks disputed there was “limited space” and posted a video showing all the “extra space.” “If you’re not upset by this problem, then you’re part of it,” she added.

Several WNBA and NBA players tweeted their support after the photos surfaced.

New York Liberty’s Sabrina Ionescu wrote: “Women’s @NCAA bubble weight room vs Men’s weight room… thought this was a joke.” She encouraged all the the women playing in the tournament to “keep grinding!”

Las Vegas Aces’ A’ja Wilson called the “NCAA bubble weight room situation” “beyond disrespectful.” And the Washington Mystics Natasha Cloud called out the NCAA tweeting, “we see what and who ya’ll value.”

NBA’s Portland Trail Blazers’ CJ McCollum tweeted: “they gotta do better,” and the Memphis Grizzlies’ Ja Morant expressed his disbelief with the words “come on man.”

The NCAA said it was “actively working to enhance existing resources at practice courts, including additional weight training equipment.”