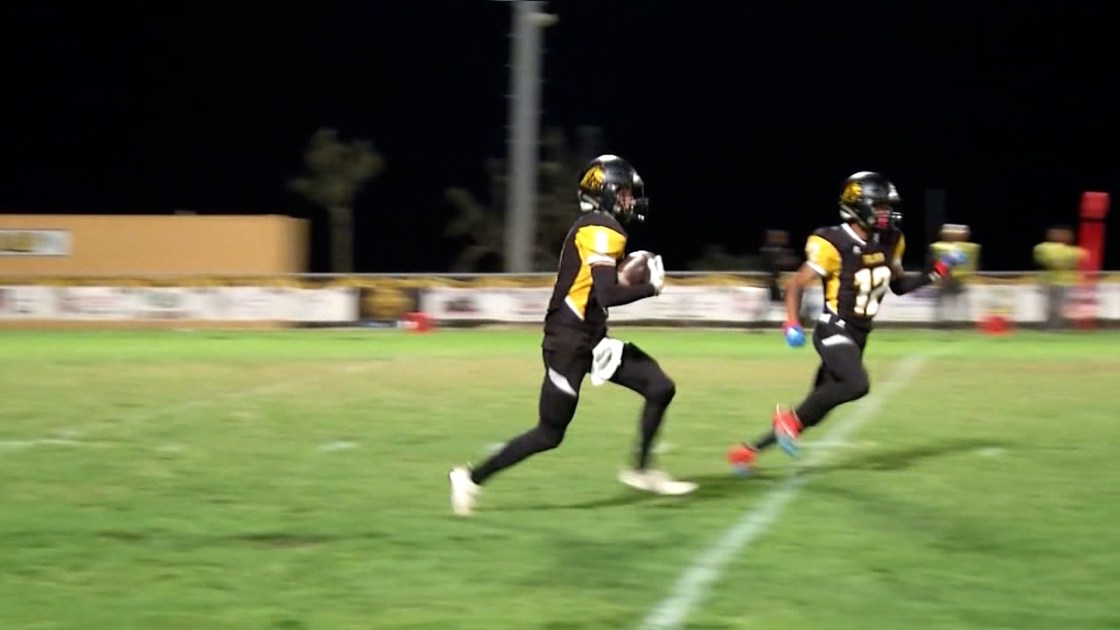 Yucca Valley high school has canceled their first game of the season this Friday against Desert Hot Springs, due to a few positive COVID-19 tests. The Trojans‘ football program is on pause for at least 10 days. 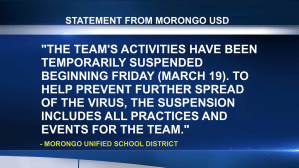 The Desert Sun first broke the news Monday afternoon that two people within the Yucca Valley football program have tested positive for the virus. One student-athlete and a member of the coaching staff tested positive on March 19th. Yucca Valley’s first scrimmage game against Indio was canceled on Friday, March 19th as a result.

Morongo Unified tells NBC Palm Springs that the district is hopeful that the team will be able to resume its regular schedule on March 29th, pending the remaining results from team members and staff. 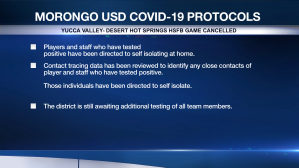 “The players are disappointed but we will find a way to keep them motivated until next Monday when we can start up again which will be the 10 days.”

This now leaves Kai Lyles, athletic director at Desert Hot Springs, scrambling to plan a game for his team this Friday.

“I got a call from yuccas AD Adam Wright this morning to let me know that his team had like a second or third positive COVID-19 case. He was very apologetic and I said, ‘Well, it’s nothing you can do, man.’ I mean, it is what it is. I told my coach this morning so he was gonna call some coaches that he knows in areas to see if we can get a game. It would I feel really bad for the kids who already lost one game so early. At this point, it’s just really trying to find anyone that’s in the same boat where they can play us and the only thing I got so far was a team in Valencia, California, which is a little far.”