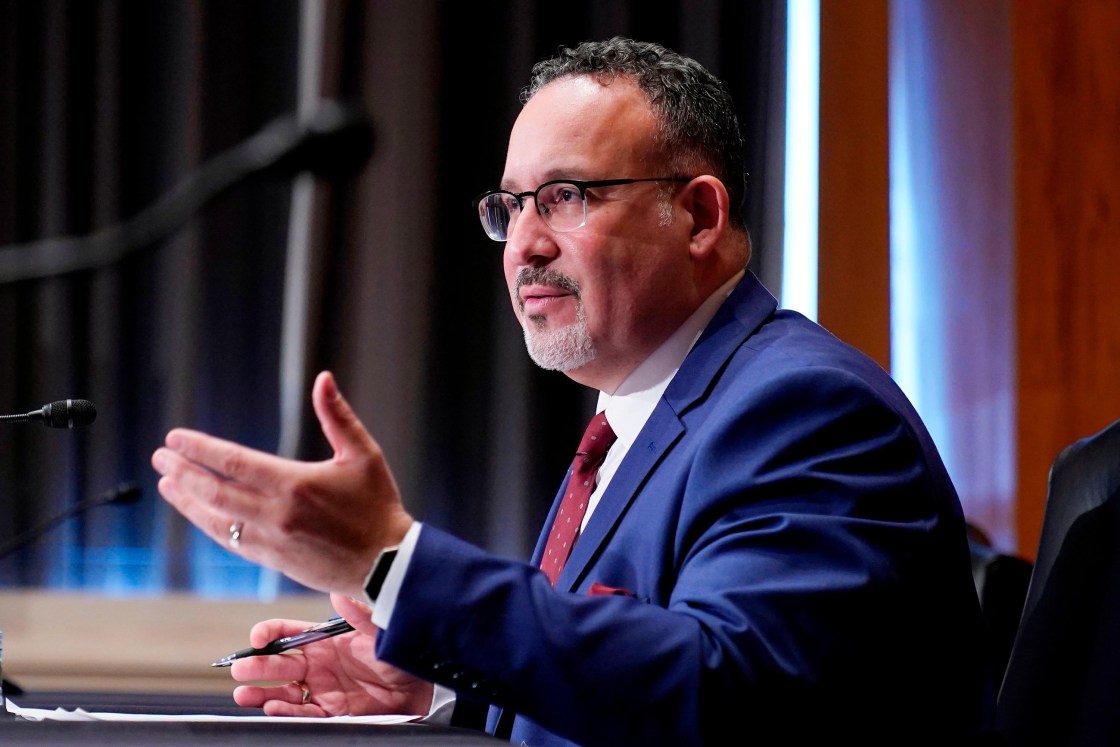 The Biden administration has reversed a controversial Trump-era policy that will lead to the cancellation of roughly $1 billion in student debt for borrowers who were defrauded by their colleges.

The change will deliver full loan forgiveness to 73,000 people who were deemed eligible for the relief under former Education Secretary Betsy Devos but received only partial loan forgiveness after she changed the cancellation calculation.

“Borrowers deserve a simplified and fair path to relief when they have been harmed by their institution’s misconduct,” Secretary of Education Miguel Cardona, who was confirmed by the Senate earlier this month, said when he announced the change last week.

“A close review of these claims and the associated evidence showed these borrowers have been harmed and we will grant them a fresh start from their debt,” he added.

The change comes as top Democrats continue to push President Joe Biden to offer broader student loan debt relief — something the President has said he believes should be left to Congress.

The changed Department of Education policy provides debt forgiveness to students whose schools defrauded them, a principle known as “borrower defense.”

The forgiveness process was simplified during the Obama administration, when big for-profit colleges like Corinthian and ITT Tech were found to have misled students and shut their doors under federal pressure. The schools presented prospective students with inflated job placement numbers, for example.

At first, borrowers received 100% loan forgiveness if the Department of Education determined their school had committed fraud. But DeVos changed the calculation, resulting in only partial debt relief for eligible borrowers depending on their current incomes.

DeVos allowed a massive backlog of more than 200,000 borrower defense claims to pile up — leaving some people waiting throughout the entire Trump administration to hear whether they’re eligible for debt relief.

DeVos made it clear that she thought the Obama-era rule was “bad policy” that puts taxpayers on the hook for the cost of the debt relief without the right safeguards in place to determine who is eligible. She sought to rewrite the rule, and stalled processing applications. For about 15 months between 2018 and 2019, zero applications were processed.

The Biden administration’s change falls short of a more comprehensive revamp of the program that advocacy groups have been calling for.

“Abandoning partial relief is a strong start for a narrow subset of borrowers, but what we need from the Education Department is an overhaul of the current borrower defense process,” said Toby Merrill, Director of Harvard’s Project on Predatory Student Lending, which has sued DeVos over issues with the borrower defense rule.

In a press release, the Department of Education called the rule change a “first step” in addressing the borrower defense claims and said it would be pursuing additional actions.

But Biden, who has said he would support canceling $10,000 per borrower, has repeatedly resisted the pressure, arguing that the government shouldn’t forgive debt for people who went to “Harvard and Yale and Penn.”

He’s also indicated that he believes Congress should make changes through legislation, which would make them harder to undo — though White House press secretary Jen Psaki has said that the administration was open to reviewing an executive option.

A broad cancellation of federal student loan debt would be unprecedented. But a memo from lawyers at Harvard’s Legal Services Center and its Project on Predatory Student Lending says the Department of Education has the power to do so.

The department already has some more targeted debt cancellation policies in place. It wipes away debt for defrauded students as well as disabled veterans. Biden could provide relief for hundreds of thousands of more borrowers just by expanding those programs, according to the National Student Legal Defense Network.

In one of his first acts in office, Biden extended the pause on student loan payments and interest, a Covid relief benefit put in place by Congress last year that had already been renewed by the Trump administration. Federal student loan borrowers won’t have to make payments until October 1 at the earliest.