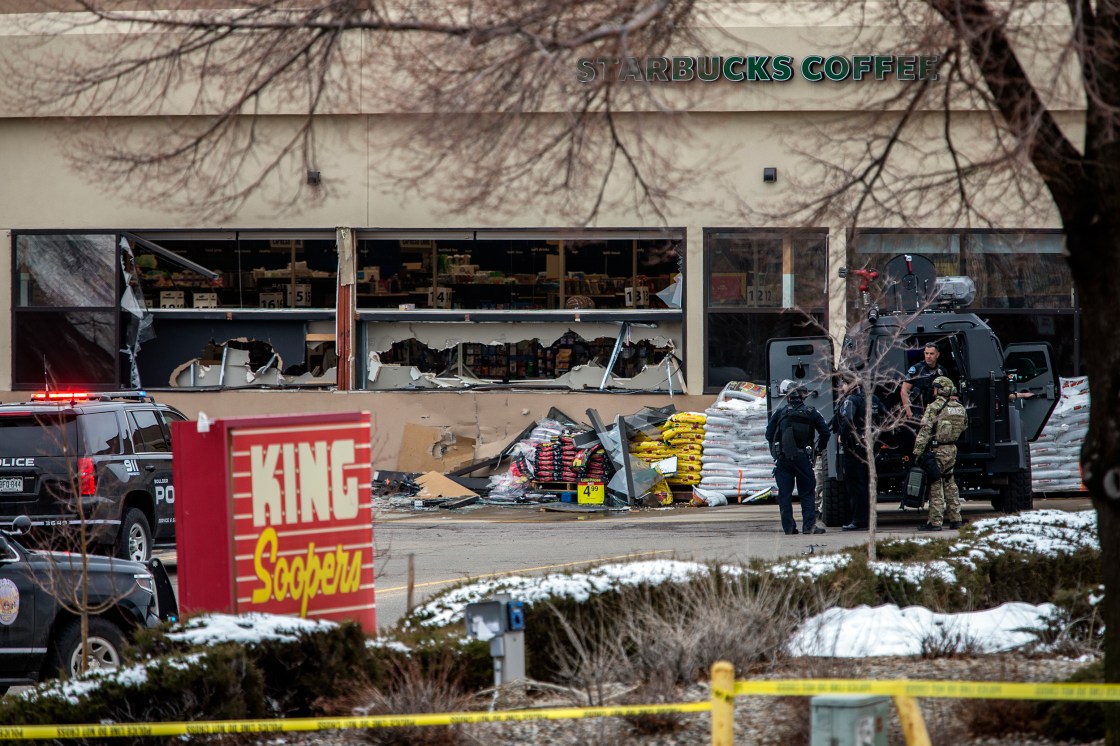 The suspect is a resident of Arvada, Colorado, and has “lived most of his life in the United States,” Boulder County District Attorney Michael Dougherty said. He was shot during an exchange of gunfire at the supermarket Monday, suffering “a through-and-through” wound to his leg, and was taken into custody at 3:28 p.m. Monday, Herold said.

He was sent to a hospital in stable condition, and was being treated there Tuesday, Herold said.

He will be taken to the Boulder County jail after treatment is finished, likely on Tuesday, Dougherty said.

“(It is) premature to draw any conclusions (about motive) at this point in time,” FBI special agent in charge Michael Schneider said.

“We are going to do everything in our power to make sure this suspect has a thorough trial,” and a thorough investigation will be done, Herold said.