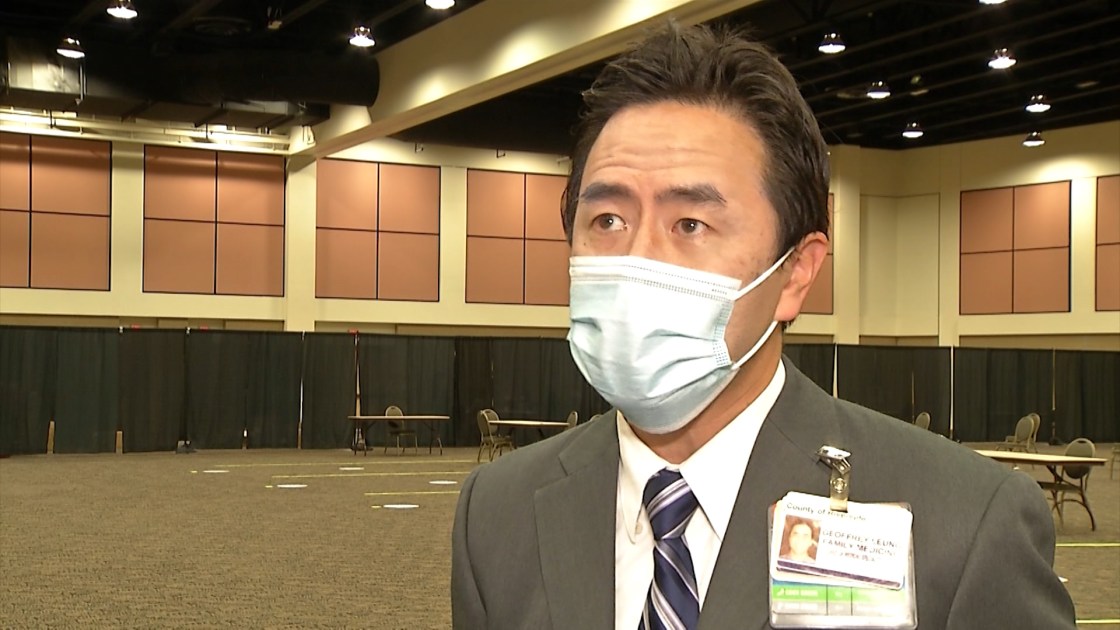 This past week Riverside County announced Dr. Geoffrey Leung as the new public health officer for the county, he started his position on Tuesday, and many are questioning why the change and why now?

Dr. Leung addressed the public on Friday, and he talked about his predecessor Dr. Cameron Kaiser, along with what he has planned for Riverside County as the new public health officer.

“We appreciate dr. kaiser’s service to the county and community and hope to learn from and build upon all of the work that has been done as we move forward,” said Dr. Geoffrey Leung, Public Health Officer with Riverside County.

The county still not giving an exact reason as to why Dr. Cameron Kaiser left his position after over 9 years, but moving forward officials with the county highlighting the accomplishments of the county’s new public health officer.

“Dr. Leung has been apart of this response from the very beginning, right now he has led the county’s incident management team for the vaccine rollout since December. and he’s been instrumental in our success that we’ve believed we’ve had with the vaccine rollout,” said Jose Arballo, Senior Public Information Specialist with Riverside County.

Dr. Leung providing an update for residents on where the county stands in the fight against this pandemic.

Officials expect to hit the 1 million mark soon, as eligibility for vaccinations will increase starting in April.

The county pleading with residents to get vaccinated to help protect against any possible variants.

“Make no mistake, we are in a race to vaccinate as many people in our county as possible, the more that cases have a chance to rise, especially during gradual reopening, the greater chance there is for increased mutations or variants,” said Leung.

Moving forward county officials also spoke about Blue Shield and their efforts to contract directly with community providers to distribute vaccinations, saying a transition period will happen at the end of the month.