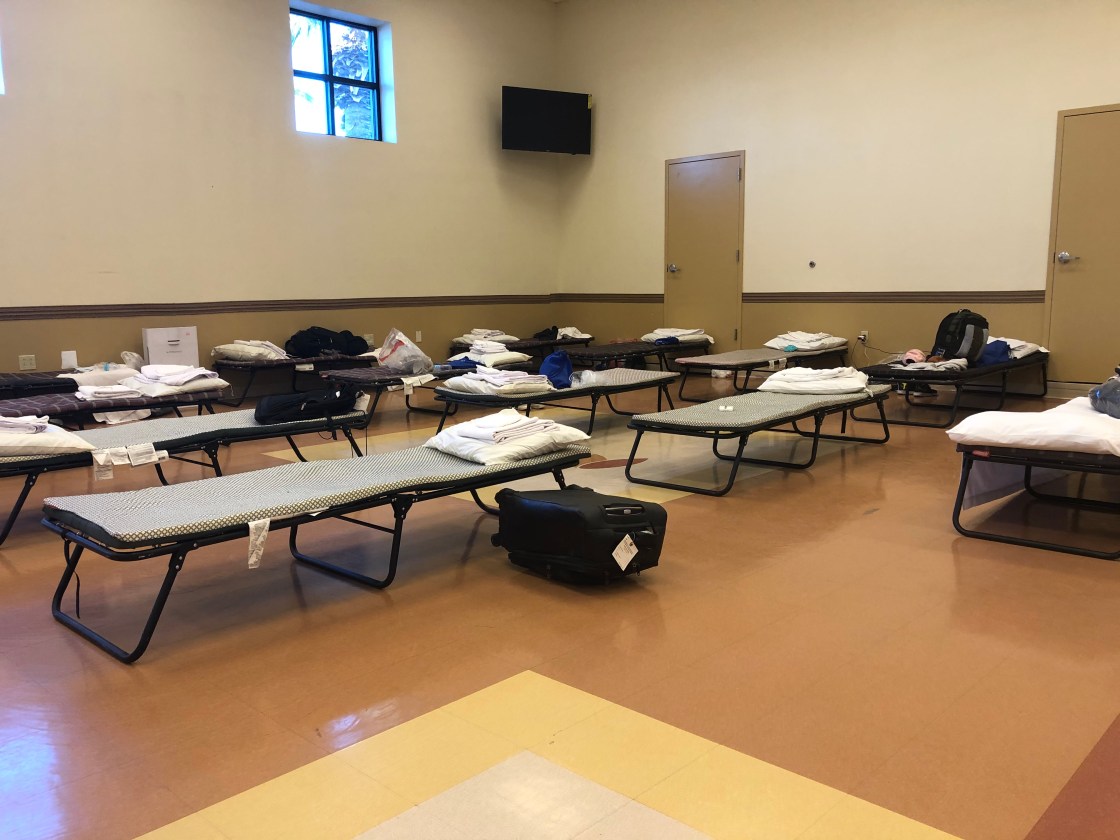 Asylum seekers set up their beds at the Galilee Center in Mecca.

Nearly 70 individuals are expected to arrive throughout the day, bringing the facility to maximum capacity.

The group’s founder says every individual will be taken care of.

“As soon as they arrive we welcome them, we feed them. And we immediately start the process of connecting them with their families, their relatives and also the process of the travel arrangements,” said Claudia Castorena, the founder of the Galilee Center.

A typical stay lasts just 48 hours at the center.

However, what started as a small group of asylum seekers near the beginning of March has continued to grow weekly, placing a financial strain on the non-profit.

“At the state level, at the federal level. Otherwise we wouldn’t be able to make it without the appropriate funding with the food, the lodging, the transportation,” said Castorena.

The organization is one of several non-profits working with Riverside County to support asylum seekers.

In total, the county says they’re received over 400 individuals from border patrol over the last 26 days, and are covering their expenses.

However, the county typically isn’t a part of the immigration process.

“This is really a federal matter, so it’s not something that Riverside County is normally involved in,” said Brooke Federico, a spokesperson for the county.

In a recent meeting, the county’s executive office met with delegation from the federal government to ask for funding and intervention.

The county says the cost of temporary housing and medical expenses continues to grow.

“We are concerned about the fact that we have very limited resources and individuals and families continue to be dropped off in Riverside County,” said Federico.

The conversations are still in the beginning phase, but as beds fill up, and facilities reach their capacity, Claudia says the need for financial support becomes clearer every day.

“It is essential. If we don’t come up this funding, we will be running out of resources very soon. Hopefully that doesn’t happen,” said Castorena.