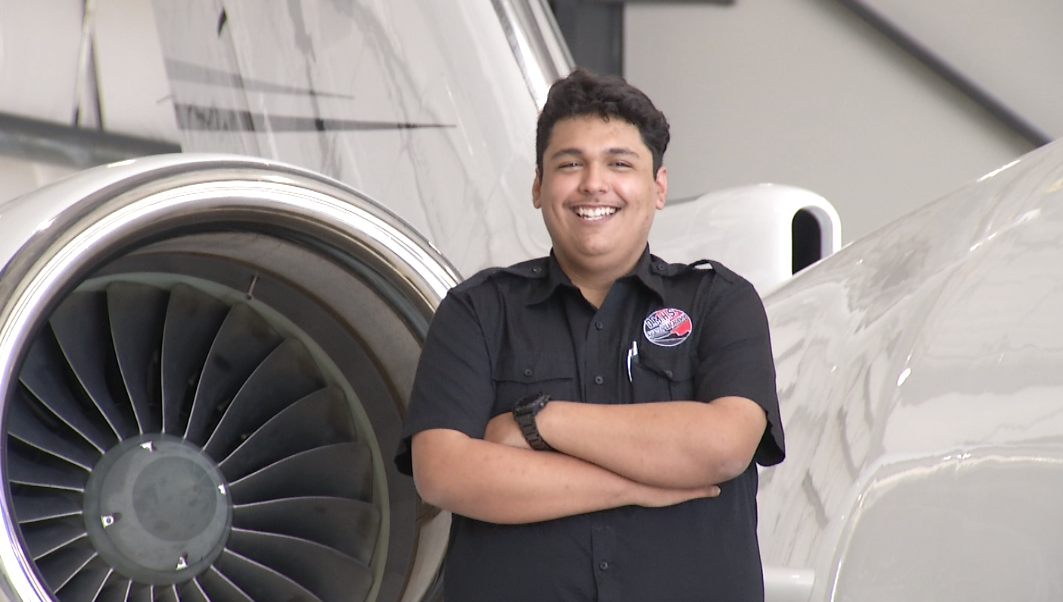 Joseph Howard Marrotte, a senior at Desert Mirage High School, never thought aviation would be in his reach.

“Policemen, lawyers, things that you grow up thinking, that’s the only thing that is out there,” said Marrotte.

Coming from a low income family, Joseph said it was difficult to see himself as a future pilot.

His family migrated from Mexico at a young age and his father worked in the fields, to give Marrotte a better life.

“My parents actually pushed me a lot to get into it. If I ever changed my mind, they’re happy and are always supportive,” said Marrotte.

To break boundaries, Marrotte joined the aviation program at his school. This program is a class that Coachella Valley Unified School District and Desert Jet have brought to more than 100 east valley students.

Through this program they are able to learn about the material and offer them opportunities that many Latino high schoolers don’t think they can achieve.

“They have had opportunities to come and start flight lessons, outside of what the school provides,” said Scott Morjas, the instructor for the aviation program offered for CVUSD students.

The aircraft company, Desert Jet, says their  focus is to include the local community to be a part of Thermal’s airport, since the majority of the time it’s been exclusive to private aircrafts.

“It works great for us, because we can develop mechanics, pilots and line service technicians right here and who are from the Coachella Valley,” said Jared Fox, Chief Executive Officer for Desert Jet.

Marrotte is set to graduate in two months and hopes to get into the flight academy in San Diego.

He also says that once he graduates from flight academy he hopes to come back to the Coachella Valley and become a pilot for a local aircraft company.