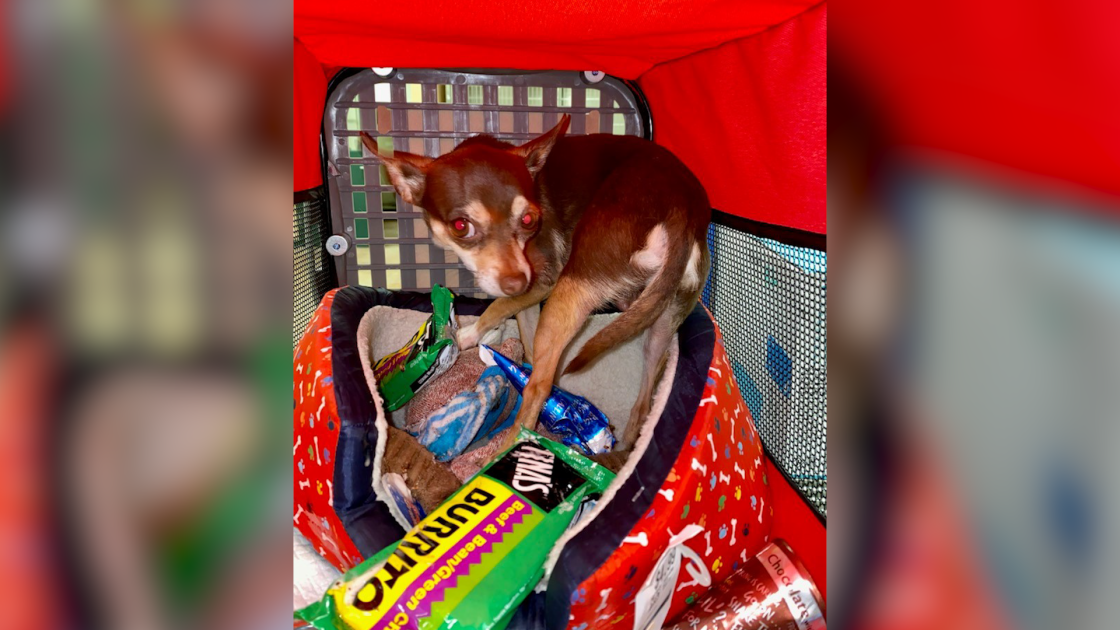 Riverside County Animal Services is caring for a small dog that was left inside a hot car in Palm Desert Thursday.

Veterinary Services staffers said they were stunned the 3-year-old, male Chihuahua was not overheated. Then they discovered the contents of his crate: two frozen burritos and five, wrapped, drumstick-shaped ice cream cones. 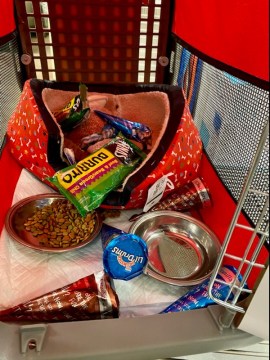 “It really was so bizarre that the dog was not suffering,” Registered Veterinary Technician Emily Vialpando said. “Upon examination, he didn’t exhibit any signs consistent with heat stress.”

Nonetheless, she and her colleagues do not approve of the frozen-burrito-cooling technique – even if it is National Burrito Day.

“In all seriousness, it was about 90 degrees in parts of the Coachella Valley today, meaning the inside  temperature of the car was much higher,” Vialpando said. “And frozen burritos are not going to stay frozen for  long when it gets this hot.” (She said the items were lukewarm.)

An employee from The Living Desert told Animal Services Officer Daniel Mora of the situation when he arrived shortly before 2 p.m.

The dog was inside a black Escalade parked at the Palm Desert-based zoo. 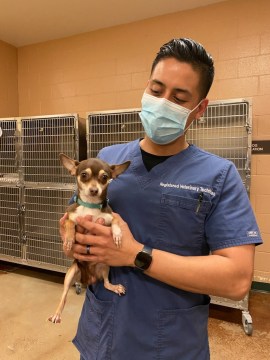 Officer Mora used an infrared thermometer to measure the vehicle’s interior temperature. It was 104 degrees. Shortly thereafter, a Palm Desert Police Officer assisted Officer Mora by opening the vehicle and the dog was retrieved.

He left an official notice on the vehicle’s windshield.

The owner will be cited for 597.7 (as) – animal unattended in a motor vehicle.

Officer Mora placed the panting dog in his cab so it could receive his truck’s air conditioning at full blast. He transported the dog to the Coachella Valley Animal Campus in Thousand Palms for a veterinary examination.

Animal Services Director Julie Bank said she can appreciate the ingenuity of using frozen items to provide a cooling effect for a pet, but she advised against such practices.

“It’s not a laughing matter if the pet suffered or, even worse, perished from being left in a car for who knows  how long,” Bank said. “Our advice is always to leave your pet at home when running errands or visiting  attractions.” 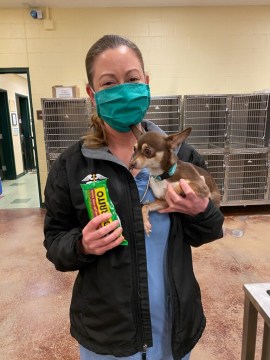