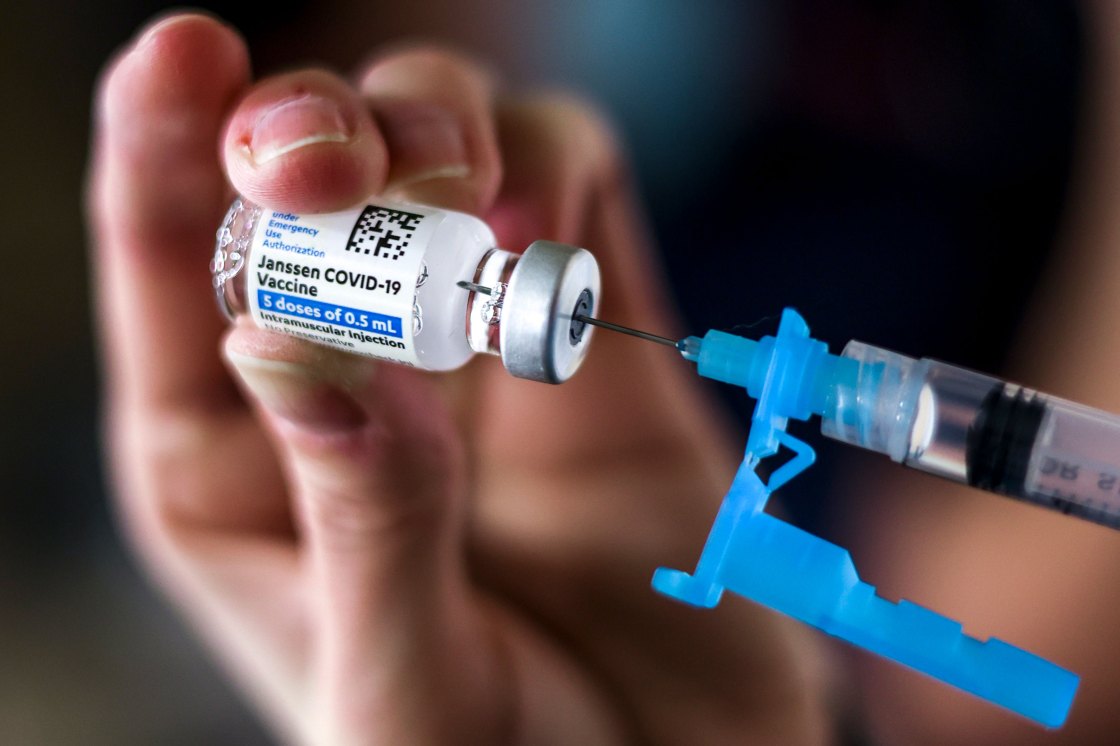 After receiving his dose of the one-shot Johnson & Johnson COVID-19 vaccine, Gov. Gavin Newsom said Thursday a manufacturing issue that ruined 15 million doses of the medicine is not expected to impact the state’s supply of the vaccination for at least three weeks.

But after that, “it’s an open-ended question,” Newsom told reporters at Baldwin Hills Crenshaw Plaza.

The manufacturing issue occurred at a plant in Baltimore. Newsom noted that the vaccine he received Thursday morning at a mobile Federal Emergency Management Agency clinic came from the Netherlands.

“Our three-week window on Johnson & Johnson has not been impacted by this manufacturing issue in Baltimore,” Newsom said. “Which means … we anticipate receiving 572,700 doses next week of J-and-J, 215,400 a week later, and 215,400 the week after that. That’s the window they have given us confidence to say is secure.”

The Johnson & Johnson vaccine is sought after because it requires only one dose, as opposed to the two-shot regimen — spaced three to four weeks apart — required with the Pfizer and Moderna medications.

The state is expecting to receive 2.4 million Pfizer/Moderna doses next week, with Newsom noting that’s up from two weeks ago, when the state was allocated 1.8 million.

As of Thursday, more than 18 million doses of vaccine have been administered across the state, with Newsom saying about 31% of Californians have received at least one dose.

Also as of Thursday, more than 3.6 million doses of vaccine have been administered in the lowest-income, hardest-hit communities in the state. When that number reaches 4 million, the state will again make it easier for counties to advance to less restrictive tiers in the Blueprint for a Safer Economy, which guides business reopenings during the pandemic.

The county’s testing-positivity rate for the overall population and in hard-hit communities both already meet the yellow tier requirements.