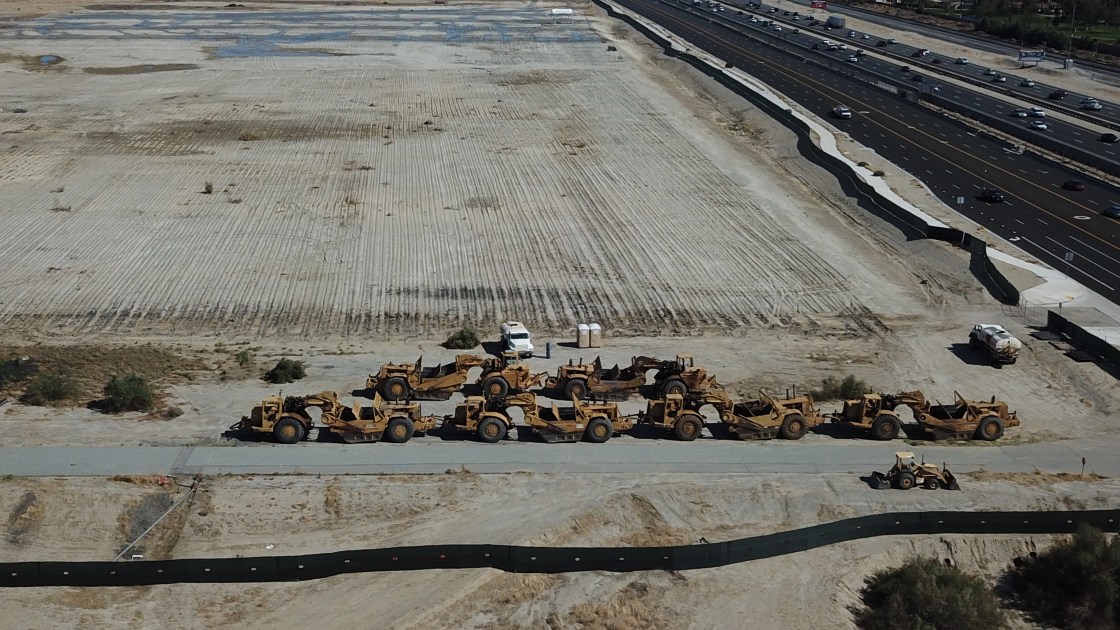 Bulldozers, water tanks and other equipment has arrived at the new site of the arena coming soon to the Coachella Valley.

Oak View Group plans to build the 300,000-square-foot arena on a roughly 43-acre site between Interstate 10 and the Classic Club golf course in unincorporated Riverside County.

Ground has been leveled with close to a dozen scrapers and water tankers lining the lot.

The arena is a $250 million project expected to be completed in 18 months.

Robert Norvell is the principal architect from the Oak View Group and explains the size the arena will take up in the area.

As far as size, the arena will be large enough to accommodate two ice rinks and when walking in, we’re told people will be quickly drawn in. Between roughly 9,900 and 11,700 seats will be available in the arena depending on the type of event.

Norvell says that the community will also be involved with this project.

The proposed sports and entertainment arena is expected to bring nearly $32 million to the Coachella Valley annually, along with $200 million during construction, according to projections released by the project sponsor.

VIEW MORE ON THE ARENA HERE: