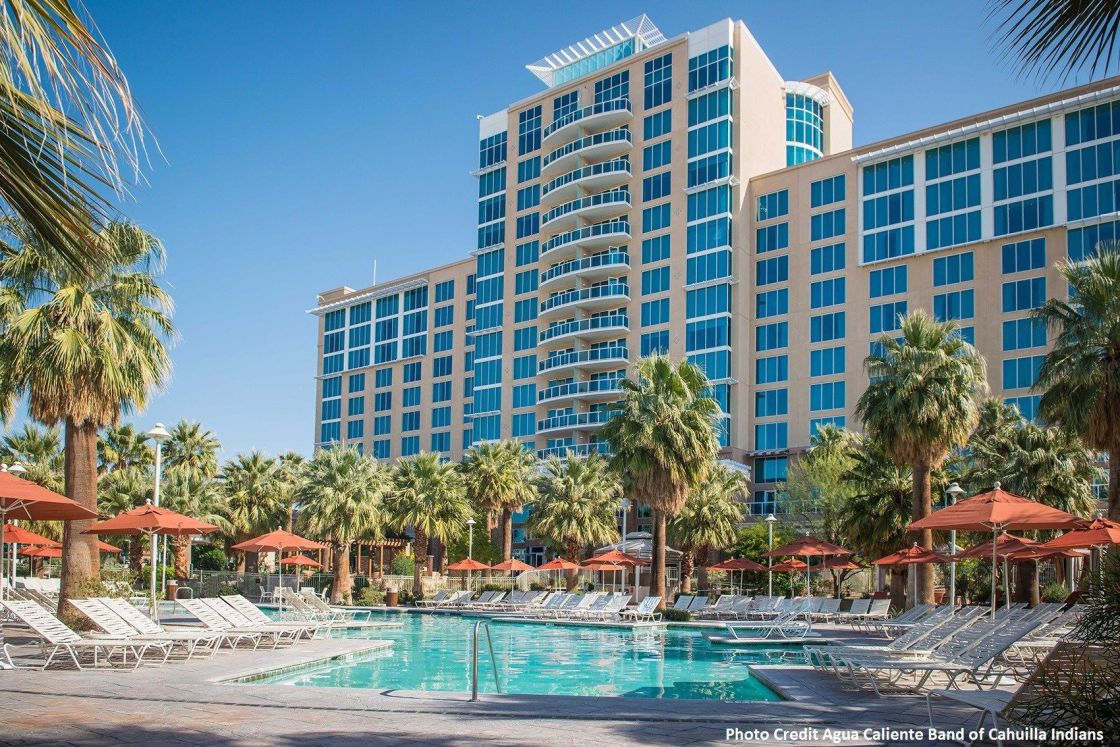 Agua Caliente Resort Casino Spa Rancho Mirage is celebrating its 20th anniversary on April 6, 2021 by allowing guests over 21 the chance to play for free.

The resort first opened its doors on April 6, 2001 and added the resort’s 16-story hotel tower, the third tallest in the Inland Empire, seven years later in 2008.

The Agua Caliente Resort Casino Spa Rancho Mirage and the land it is built on, is owned by the Agua Caliente Band of Cahuilla Indians. The site was first made famous in 1963 when part of the filming of It’s a Mad Mad Mad Mad World took place across its desert sands.

Agua Caliente Rancho Mirage claims that, since their opening, they have paid out nearly three billion dollars in jackpots on top of other prizes such as cars and vacations. The resort theater, known as The Show has also staged many famous entertainers such as: Jerry Seinfeld, Duran Duran, and Dolly Parton.