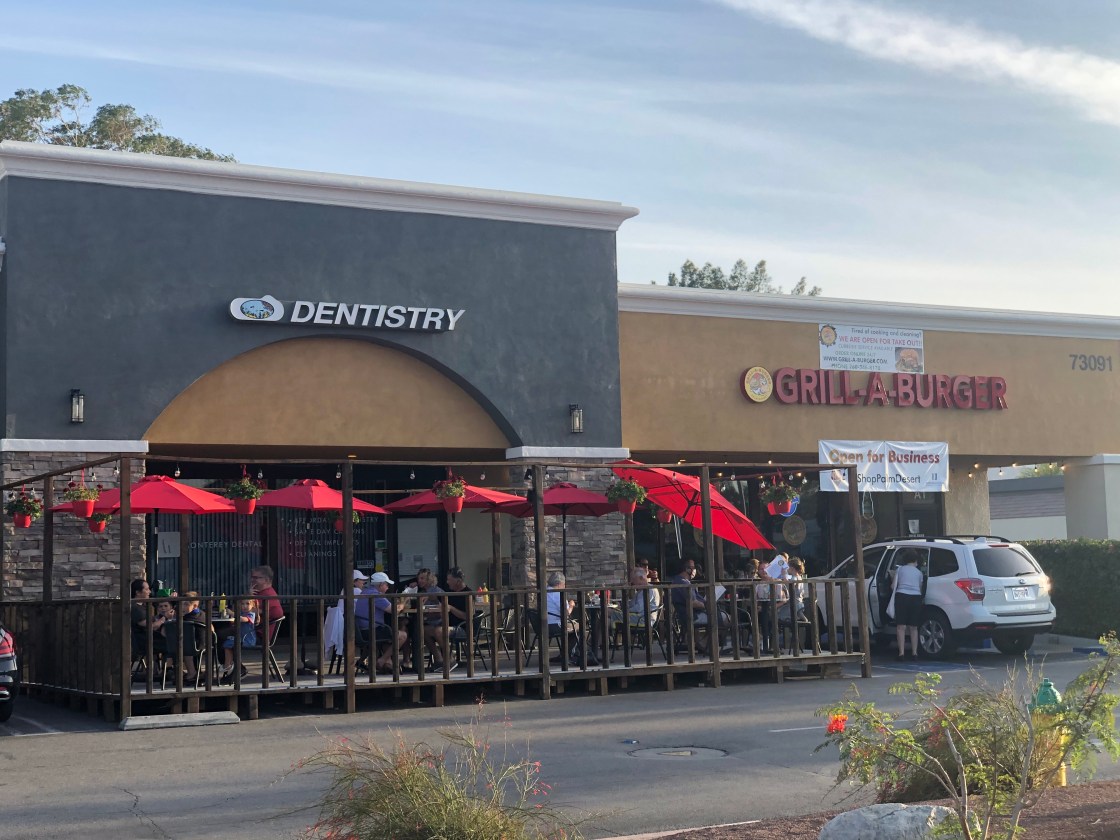 On Tuesday he announced that Riverside County could move into the orange tier starting on Wednesday, April 6th.

“We’re very happy so far with what’s going on. In our desert heat, having more people inside is going to be exactly what we need. 50 percent is great, 100 percent would be better,” said Salima Nurani. owner of Grill-A-Burger.

100 percent capacity is still about two months away, according to Gov. Newsom.

He announced that on June 15th, all restrictions will be lifted from businesses, except for possible mask mandates.

“We are seeing bright light at the end of the tunnel,” said Gov. Newsom in his press conference.

While local restaurant owners are excited to hear what could be the final reopening plan, Salima says she’s remaining cautious after a turbulent and draining year.

“I’d be lying if I said I wasn’t ready to have to pivot one more time. Until we’re actually into it a few months I think we’re always going to be prepared,” said Nurani.

Some of the hesitancy stems from the possibility of a fourth surge and spreading variants.

But Dr. Euthym Kontaxis with Eisenhower health believes local numbers will stay relatively low, and these reopenings should last.

“The natural course would be, as you open up, to have another surge, but I think with the degree of immunizations that we’re seeing that we’ll blunt that. Maybe we’ll see a few cases in the hospital, but we’re not going to see the 190 that we had,” said Dr. Kontaxis.

Dr. Kontaxis says it’s possible younger generations could see an increase in cases as they wait to get vaccinated, but says the effects should be minimal.

“In the younger population, you may not even know that they have the infection. In general, we do want to still test aggressively just to avoid spreading,” said Dr. Kontaxis.

And as the valley pushes forward to the orange tier, Nurani says she’s ready to welcome more customers back inside.