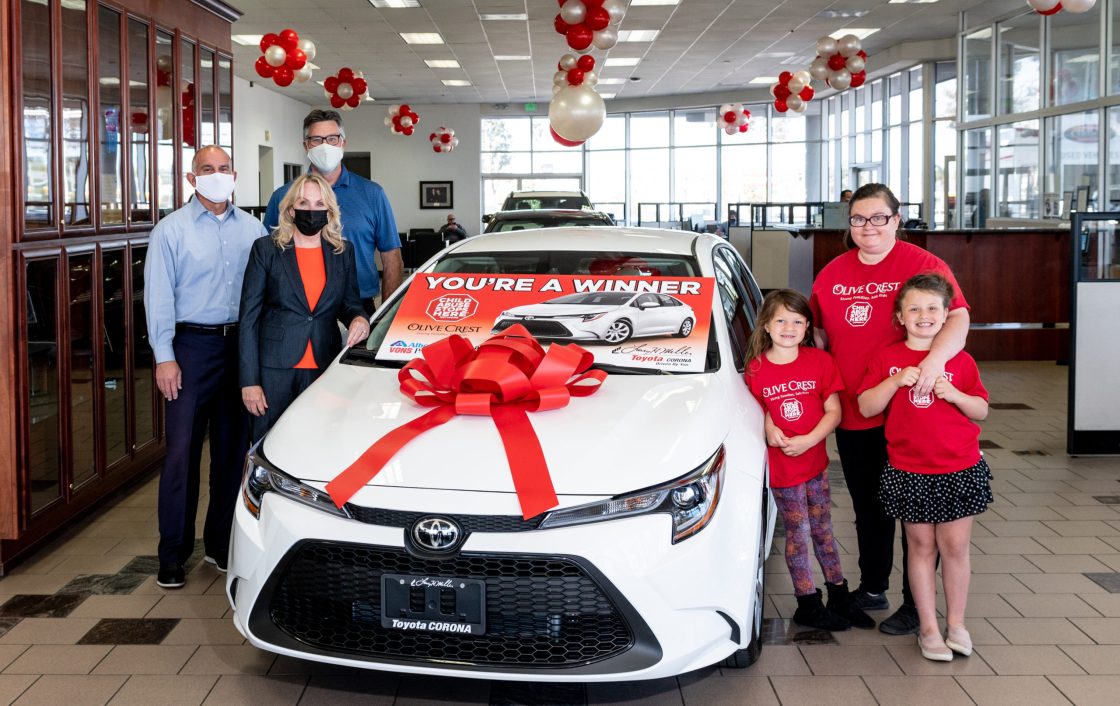 Both of Robinson’s daughters have severe emotional and physical disabilities. Robinson herself is a survivor of domestic violence. She has been working with Olive Crest wrap around services for more than a year. The children had been placed in foster care for over eight months. However, after working with Olive Crest’s specialized team of support and community resources services, this mother and her girls were successfully reunited. They continue to receive counseling and assistance from Olive Crest. Robinson had been borrowing her father’s car to get her daughters to their many appointments. This new car represents a significant change for the better.

When she received the car, Robinson said she has seen many families go through similar situations and had their lives restored with Olive Crest’s assistance. This mom was completely overwhelmed by the gift of a car. “What did I do to deserve it any more than anybody else?” Robinson said. “But that little bit of recognition, a lot of recognition really, means something.  I don’t want my kids to go through what I did in life. I want them to be strong enough to know they are worth more than that.”

“This car represents a tremendous improvement for the Robinson family,” said Rhonda Tagge, National Director of Olive Crest “They can now be independent by having their own transportation. Olive Crest believes that strong families help children thrive.” Olive Crest works to increase awareness of abused and neglected children. The network also raises funds to assist child abuse prevention agencies across the US.

Olive Crest with the help of corporate sponsors held a sweepstakes in which the winners were awarded a brand new car that ran from March 10 and ended April 10th. When participants entered the sweepstakes, Olive Crest entered a family in need at no additional cost. The drawing for the next winner will be held Monday, May 10. “This sweepstakes is designed to raise money to help prevent child abuse,” said Donald Verleur, Executive Director of Olive Crest.