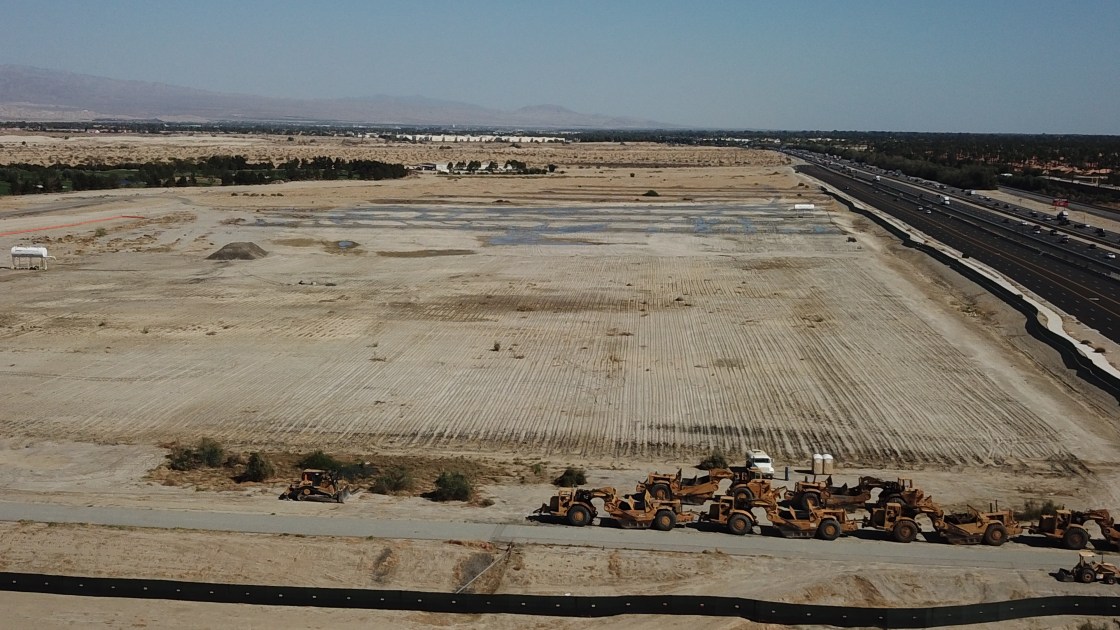 Before construction begins on the new 10,000 seat Coachella valley arena, the city of Palm Desert says several issues need to be addressed by the Oak View Group development team.

Some of the city’s main concerns include handling increased traffic and public safety calls.

“These are issues that we want to have a dialogue on, that need to be worked out so that we can ensure that our current residents’ service levels and ability to get public safety personnel to them in a timely fashion isn’t impacted,” said Todd Hileman, Palm Desert City Manager.

Hileman says, under the current plans, the city may need to add 3 to 5 public safety personnel and possibly a fire station down the road, costing millions.

After receiving feedback on their initial plan, the Oak View Group made adjustments.

The development team provided the addendum to Palm Desert staff before the Riverside County Planning Commission vote set for this week.

But, the city manager says, staff wasn’t given enough time to properly look through it.

“Dropping a 2,000 page addendum on us a couple weeks before a hearing isn’t really appropriate in terms of being able to get adequate feedback,” said Hileman.

At the city and Supervisor Perez’s request, Wednesday morning the Riverside County Planning Commission postponed the vote on this project until May 5th.

This decision marks the second delay, after the first on April 7th.

“Primarily we are continuing discussions on public safety in terms of the demands of the projects,” said Russell Brady, the project manager.

“We have worked closely with the county to provide extensive and detailed analysis of arena construction and operations….we are hopeful that city of Palm Desert leadership will listen to their constituents and find a productive path forward.”

The development group also made themselves available to the public this week.

Members of the team joined the city’s town hall to answer questions about a variety of topics, including traffic concerns.

“Because the arena events start at 7pm, only 20 percent of the arena traffic would actually occur in that evening peak hour,” said Michael Bates, with the Mobility Group.

Still, the city says there are concerns that need to be discussed with both the county and developers ahead of the commissions vote in May.

“I think everything is resolvable but we are expecting them to step up and ensure that they mitigates the impacts of their development,” said Hileman.