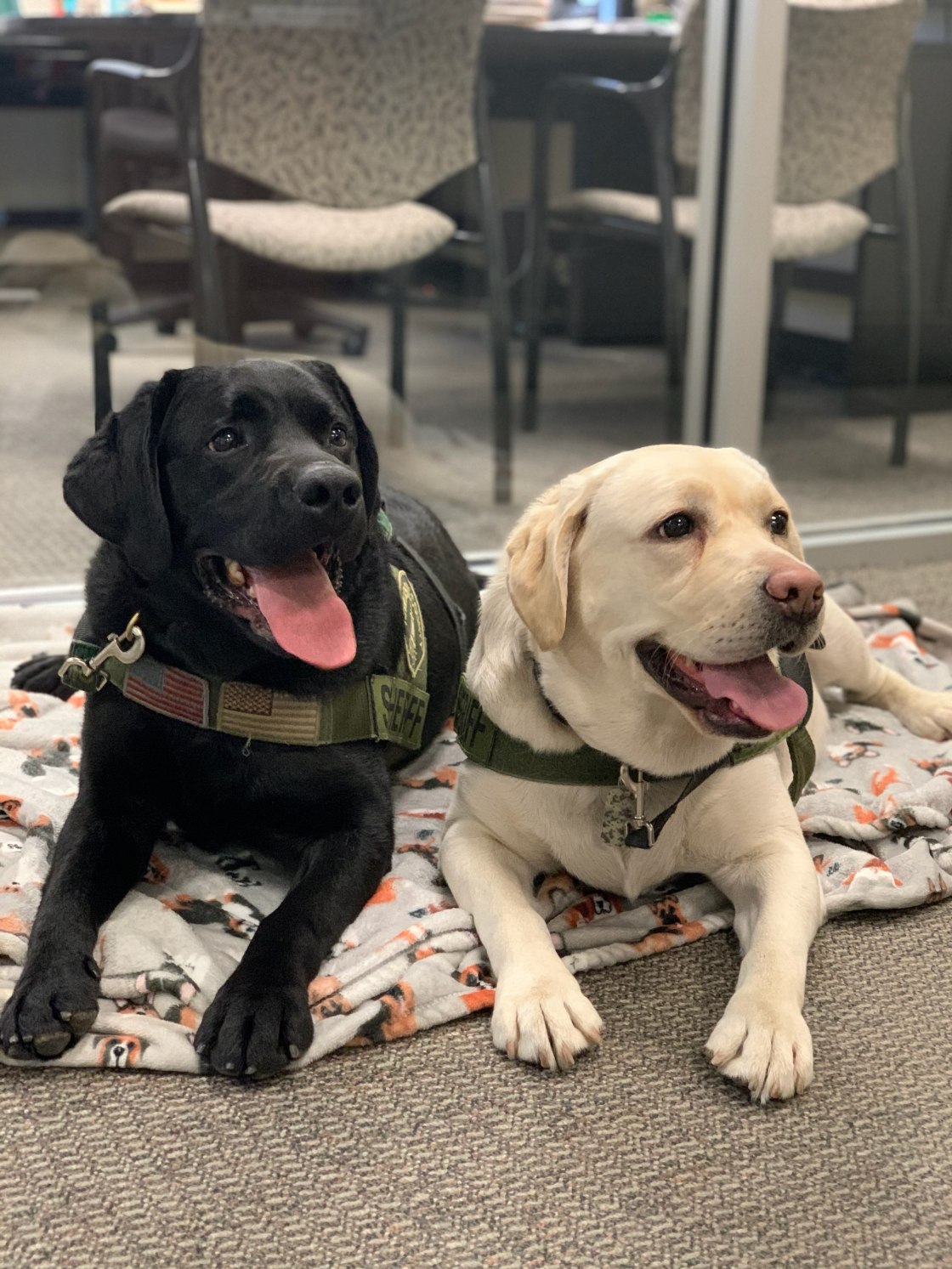 It’s  a big day at the Banning Police Department, Jax, the black lab has moved in permanently and he’s got the corner office.

Jax is an emotional support dog who will be at the station 24/7. Jax got right to work making everyone feel welcome.

“It’s pretty good,” says Jeff who went to the police station to get help, he instantly gravitated towards Jax, they shared a moment.

And Jax will be good for officers too.

“Officers coming back to the station from a tough call can look forward to having Jax greet them at the door,” says Detective Rene Munoz.

Officers are used to helping others not getting help says Munoz, “And sometimes officers  don’t want to speak about what happened but you know once they have a dog loving on them they can decompress they can go on with their day and not take it home and leave that traumatic event at work.”

“I was sitting at my desk working on some reports and the door opened the dog ran in … after he ran around and smelled the office, he came and laid at my feet at my desk it was pretty cool,” says Detective Brian Walker.

Coby Webb, a retired law enforcement officer, considered among the best dog handlers in the field, who trained Jax says he will also help officers comfort their most vulnerable victims, “This dog loves you and has no opinions and no biases, wants to just help you through a bad situation, it shows that we’re working together and that we care about you.”

Webb is giving guide dogs who failed out of the program for minor reasons new training and a new purpose: live in therapy dogs at police and fire stations.

“Jax will be a greater impact to more people than one individual,” says Webb.

Webb’s seen first hand the healing power these dogs can have, after local EMTs responded to an accident where one of their own was killed, “They were laying on the dog bed with Arthur just petting him and crying … but him licking their face him laying there them with them understanding what something bad happened but I love you, I actually had them say that just got me through the shift and that’s what I needed.”

And the officers couldn’t be more grateful.

Jax was made possible through a donation by private investigator Luis Bolanos, who is also a PAVE ambassador, a victims empowerment non profit. He plans to raise funds to help more departments across the country. If you want to sponsor an emotional support dog email Cody Webb: contact@webbsk9training.com