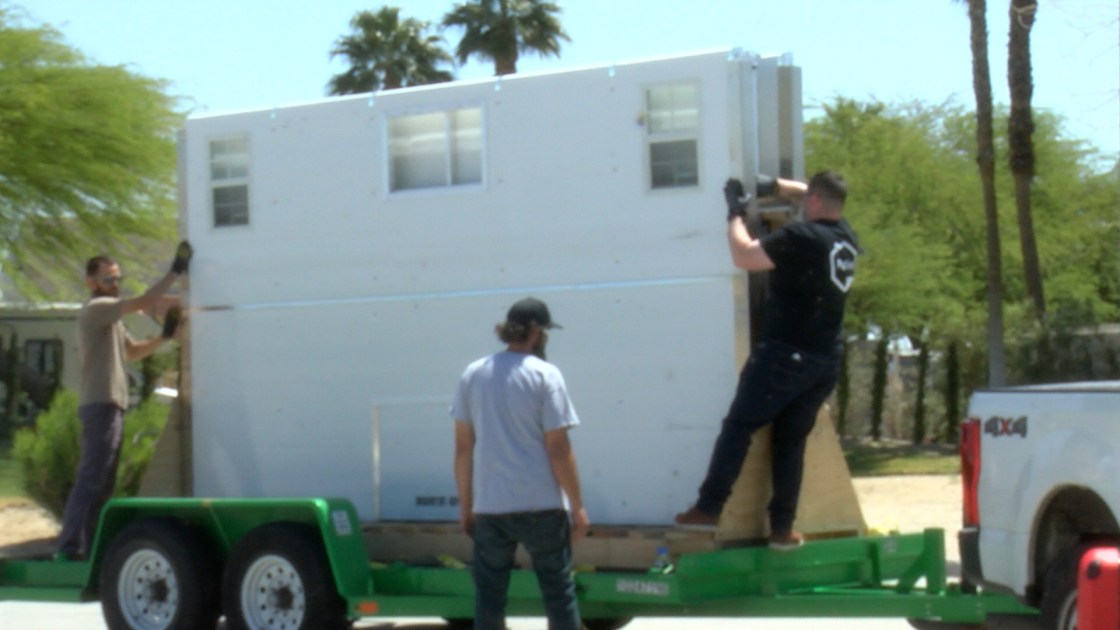 The Well In The Desert is teaming up with Martha’s Village to bring awareness to homelessness in Palm Springs along with a possible solution for housing. It’s called the Pallet Program and they are on a mission to help provide emergency shelters nationwide.

“It partners with social services not only to provide temporary housing but also for a pathway out of homelessness,” said Dan Kerrigan, Board Member with Well In The Desert.

Pallet is a nationwide program and has been highly successful in large hub cities.

But before the program makes its way to Palm Springs it needs to be approved by the city.

“After tonight, we’ll determine when we go before the council, but we feel we have the answer and what they would be waiting for, I don’t know,” said Arlene Rosenthal, President of Well In The Desert.

A business plan has been submitted on behalf of Well In The Desert and Martha’s Village where they will be asking to use part of the $10 million the city received to help curb homelessness. And the next step after that would be to acquire land

“Summer is coming, June is coming and you’re going to have three-digit temperatures, what do you do? do we let people die again,” exclaimed Rosenthal

Since the start of the pandemic, the city has seen a 15% to 20% increase as the community has seen a lot of families become homeless.

“I don’t think most of the residents in the Coachella Valley realize The Supreme Court ruling in 2019 prohibits the clearing of streets in cities where there are no beds available. You have to have beds available in order to deal with the homeless in the street,” said Kerrigan.

The pallet homes can be built in a matter of hours helping provide shelter from the extreme heat.

Advocates for the homeless in Palm Springs will bring this possible solution to the city council’s attention and they anticipate an answer sometime in the near future.