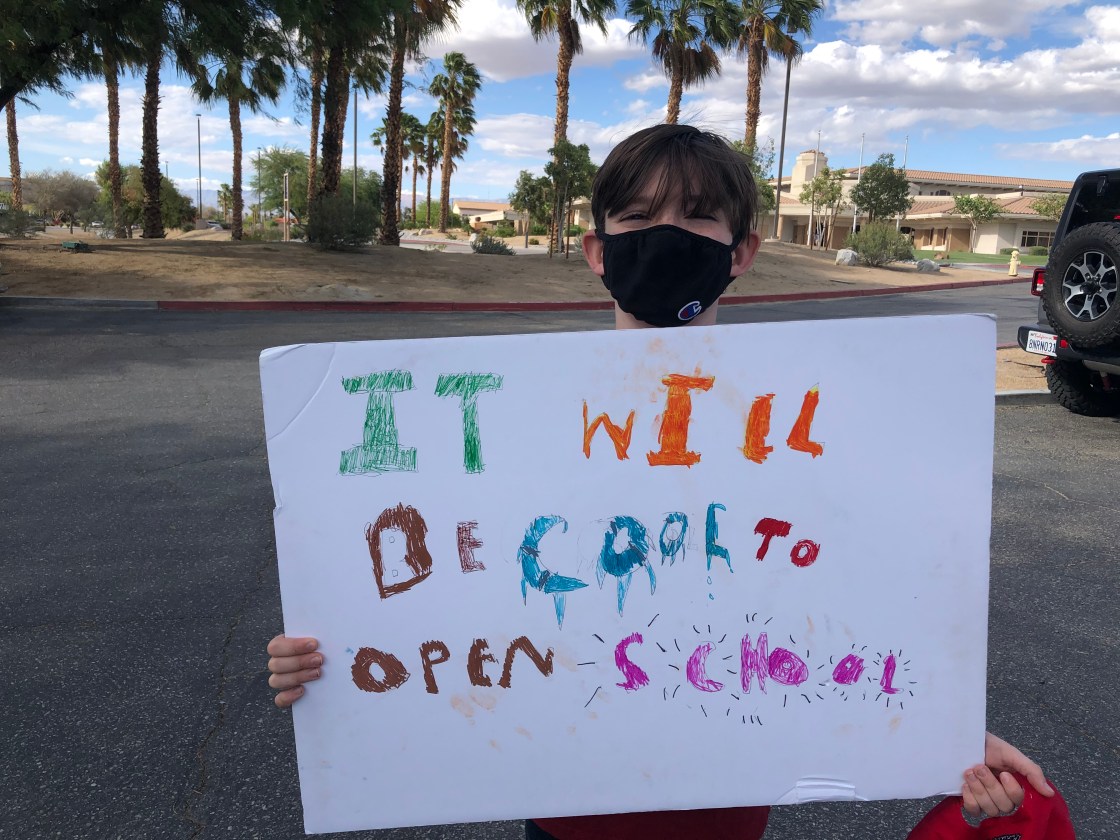 They group is frustrated with the board’s decision to bring only seniors back to campus four days a week, leaving all other grade levels at two days.

“I can’t keep shuffling around all over the desert trying to pick up kids on certain days and all of that. It just does not make sense. They should all be going back to school,” said Celeste Fiehler, a DSUSD parent.

While parents at the rally focused primarily on logistics, some students expressed sentimental reasons.

“It’s making me feel a little down because I really want to interact with my classmates and see my teacher,” said Rylee Young, a DSUSD student.

But the board’s decision wasn’t final.

After the proposal to increase in-person learning for other grade levels failed, the district agreed to hold a special meeting Monday night to vote on the issue again.

The teacher’s union president says they were surprised to see the special meeting on the agenda.

“It seems disingenuous to keep bringing the same topic back because they didn’t get the outcome they wanted the first time,” said Trina Gonzales-Alesi, president of the Desert Sands Teachers Association.

The union also says about 2/3 of its members don’t support the proposal, which would bring students back on May 3rd, with just over three weeks left in the school year.

“Educators are completely exhausted and have no resources left to make any more changes. They feel that with 24 days left it is not going to make that much of a difference,” said Gonzales-Alesi.

The district declined to comment ahead of the special meeting, as a majority of parents and teachers remain at a crossroads.

But one parent says, she believes this proposal can act as a model for next year.

“We need to put this in place now so that we can’t go back or have any other excuses for the fall schedule,” said Fiehler.