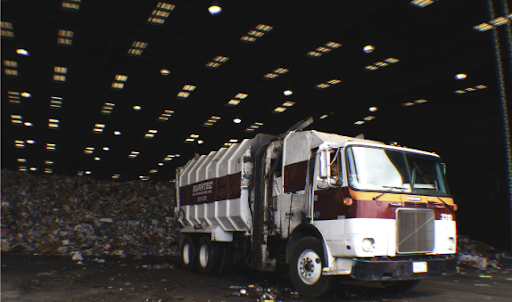 In a 5-0 vote, the Board of Supervisors signed off on universal 2.2% fee increases sought by the four waste haulers under contract with the county — Burrtec Waste, CR&R Inc., Desert Valley Disposal and Waste Management Inc.

According to Department of Environmental Health Director Keith Jones, the adjustments were necessary to keep pace with inflation and cover higher landfill expenses. Jones said the increases reflect changes to the consumer price index throughout the Los Angeles metropolitan area in 2020.

The Burrtec hike will add about $1.46 to customers’ bills, while residents serviced by CR&R will be saddled with a roughly $1 increase per month. Desert Valley Disposal’s increase will amount to about 50 cents, and an equal additional sum will be charged by Waste Management for residential collections.

The board reviews refuse retrieval rates almost every year.

Last year, Supervisor Kevin Jeffries opposed the increases, arguing that financial hardships tied to the public health lockdowns made it an inopportune time to hike fees on county residents, however small the hikes might be. The increases were approved in 2020 despite his opposition.

Waste collection for the county occurs in defined “franchise areas,” which currently number 11 and encompass communities such as Cabazon, Desert Center, East Hemet, Lakeland Village, Thermal and Thousand Palms. Most of the existing franchise agreements have been in place for just over 20 years.

The inflationary adjustments to the fees were based on fluctuations in the CPI between Jan. 1 and Dec. 31, 2020. The majority of residents pay between $24 and $38 per month for service, for which they’re billed quarterly, according to county officials.

The cost for commercial accounts ranges from $74 to $1,900 per month, and businesses will also pay an additional 2.2% in fees charged by the waste haulers.