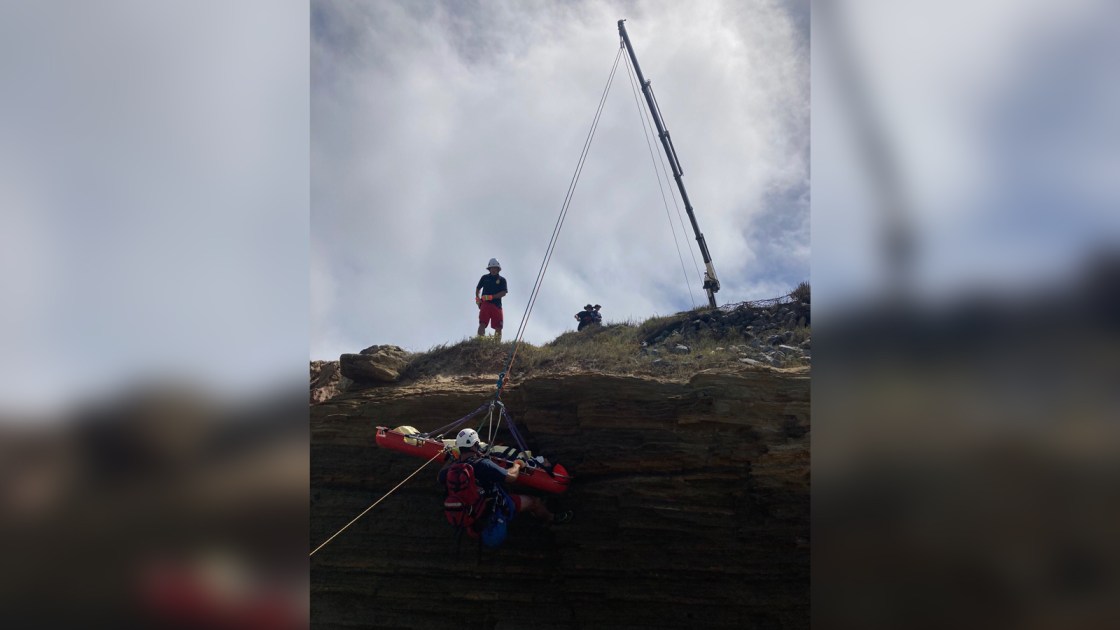 A total of 29 people were found, including one person in critical condition and the four deceased individuals, according to the Coast Guard. There was no official record of how many people were actually on the boat.

The accident happened about 10:30 a.m. Sunday in ocean waters off the Cabrillo National Monument. Border Patrol officials said the boat crashed into the shoreline surrounding the monument and capsized. Eventually, all aboard the boat jumped in the water as it slowly disintegrated, a bystander’s video of the sinking boat showed.

The boat was probably being used to transport undocumented people into the United States, said Jeffery Stephenson of the Customs and Border Protection Public Affairs Office.

“It was a smuggling vessel,” Stephenson said at a Sunday afternoon press briefing. “Border Patrol agents are with a man we believe was the operator.

“Smugglers don’t care about the people they’re exploiting,” he said. “All they care about is profit. They had inadequate safety equipment and obviously this vessel was severely overcrowded.”

“This was a mass rescue operation that turned into a mass casualty event,” Gartland said.

There was one major trauma and three people were treated with CPR, he said.

Gartland said the incident was probably the worst tragedy he has seen in his 26 years in the lifeguard service.

“The lifeguards performed excellent,” the chief said. “We train for this exact type of incident. It was an excellent effort by all the rescuers and responders who showed up today.”

The 27 people who were rescued were taken to a variety of local hospitals, including Sharp Memorial, Palomar Medical Center West, Alvarado, UCSD Medical Center in Hillcrest, Grossmont Hospital, Kaiser Clairemont Mesa, Kaiser Zion and Paradise Valley Hospital, the SDFRD said. Two of those 27 were pronounced dead, while the remaining 25 were treated for various injuries.

No details about the victims were immediately available.

SDFRD firefighters and lifeguards, along with federal firefighters, U.S. Coast Guard and other local agencies worked together on the accident.

About 96 personnel were assigned to the rescue, including medics, fire engine crews and a chaplain.