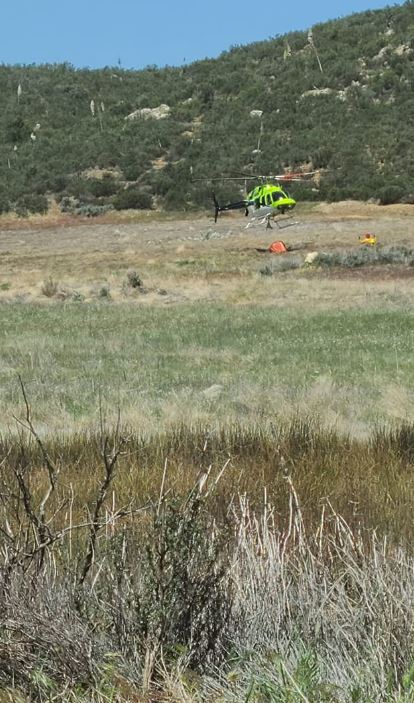 A brush fire that broke out Thursday north of Highway 371 in Anza blackened roughly 15 acres before it was partially contained.

The non-injury blaze was reported at 11:10 a.m. in the area of Cary and Tripp Flats roads, on the southern edge of the San Bernardino National Forest, according to the Riverside County Fire 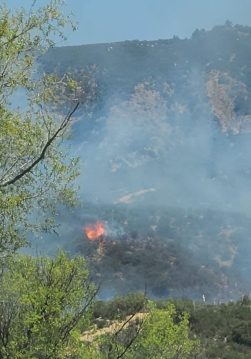 Brush fire in Anza (Photo courtesy Facebook/Leilani Andrade)The agency said multiple engine and hand crews from the county, as well as crews from the U.S, Forest Service, were sent to the location, preceded by four Cal Fire air tankers and two water-dropping helicopters.

The aircraft initiated a series of runs that slowed the flames and helped box in the brusher, enabling crews to establish tentative containment lines around part of the blaze as it burned into the national forest, according to reports from the scene.

No homes or other structures were in the fire’s path.

By 1 p.m., several aircraft had been released and cleared to return to Hemet-Ryan Airport.

There was no immediate word on what triggered the blaze.